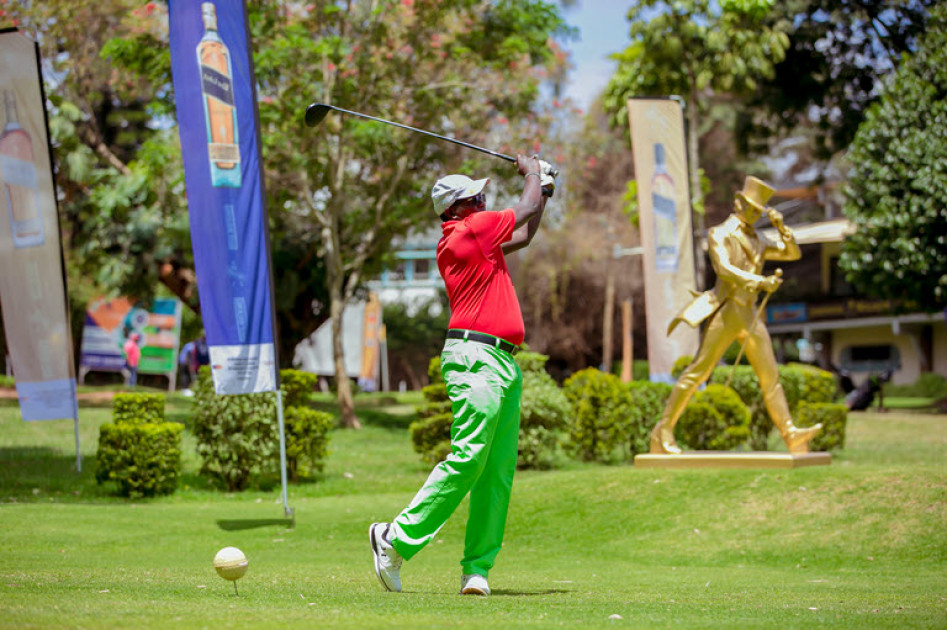 The team of Henry Kamuti, Deep Shah, Joseph Karanja and Chirag Shah carded an impressive combined score of 115 points to emerge the winners of the first leg of the Johnnie Walker Golf Series held at VetLab Sports Club over the weekend.

The top three teams' stellar performances has seen them become the first side to qualify for the next round of the Series dubbed "Road to Gleneagles."

Meanwhile, handicap 20 Michael Kinuthia scored a total of 40 points to claim the top prize in the Men's category ahead of handicap 31 Charles Gichobi who carded a round of 40 points.

In the Ladies' category, handicap 25 Priscilla Karobia posted a score of 41 points to emerge the winner, 3 more ahead of handicap 28 Caroline Muguku who ended the round with 38 points.

In the Longest drive challenge, Hellen Manyara and Allan Mugisha emerged respective winners in the ladies' and men's categories respectively.

The VetLab Sports Club event attracted over 100 players, who played in the tournament's stableford, fourball format.

The top three teams will now compete in the semi-final round (Eagle Round) as they seek to play in the Grand Finale to compete for the coveted prize.

The qualifying rounds of the series will traverse several golf clubs in the country and will, for the first time, incorporate professional golfers who will have a chance to enhance their competitiveness.

Speaking at the inaugural tournament, Josephine Katambo, Senior Brand Manager at Kenya Breweries Limited said the series is aimed at supporting the sport of golf in the country, and offering golfers a chance to showcase their skills.

“The series is a continuation of Johnnie Walker’s commitment towards supporting the growth and development of golf in Kenya by offering golfers, both professional and amateur, a chance to play. This is in line with the company’s close affiliation with sport as a powerful avenue for interaction, both amongst lovers of Johnnie Walker and with the brand itself," said Katambo.

She added, "This Series will be an exciting tournament that will offer something for everyone. For golfers, they can compete for an opportunity to win an all-expense paid trip to Gleneagles, one of the world’s very best golf courses. For non-golfers, we are offering a unique Johnnie Walker experience, to socialize and to network at the events."