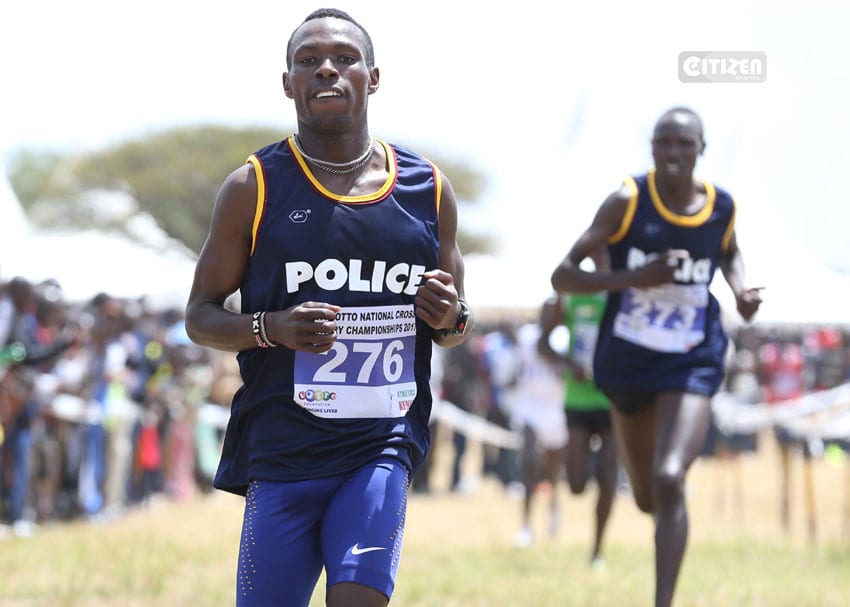 After a disappointing outing at the 2016 Rio Olympics stung World Cross Country champion, Geoffrey Kipsang Kamworor is confident he will defend his title next month in Kampala, Uganda.

Unlike 2015 when he added the senior men long race crown to his junior title from 2011, Kamworor will not go to Uganda as the Kenyan champion having been beaten to third at the killer Nationals in Nairobi.

The two-time World Half gold medallist has however, not despaired after losing his domestic crown to Japan-based 2014 Africa Cross king Leonard Barsoton who ruled the stacked field at Uhuru Gardens.

The 2015 World Championships 10,000m silver medallist will instead focus on getting his powerful engine ready to crank at full throttle when he lands in Kampala to defend his crown.

“I was late in starting my training. I started in December and did not get enough time to train. My main target was to make in the team and pick the rest from there.

“I don’t think Uganda should be a topic of discussion for me, because I’m going there to win. I just need to work on a few details,” the confident titleholder told Citizen Digital.

Having chased each other all the way to the 1-2 finish at the 2015 Guiyang World Cross and 2016 Cardiff World Half, Kamworor admits he will miss his training partner and close friend Karoki.

His bridesmaid in China and Wales opted out of Kampala to focus on his full marathon debut in London in April was replaced in the Team Kenya squad by 2014 World Junior 10,000m bronze medallist Nicholas Kosimbei who finished seventh at the Nationals.

The 2008 World Cross silver winner, Leonard Patrick Komon, Leonard Lagat and Vincent Rono complete the imposing senior men line-up that will take on the world across the border in Kampala.

“I shall commit myself in training then discuss with my teammates and decide on our approach in Uganda. I don’t think it will be much of a problem but we shall try our best,” Kamworor whose illustrious career has a third place finish at the Berlin Marathon noted.

All eyes will be set on Kamworor who will be gunning for a third career World Cross title at the Kololo Grounds in Kampala on March 26 having taken the prized crown in China when he stopped the timer at 34:52 followed closely by Karoki who took silver by clocking 35:00 as team Kenya took silver.

In Guiyang, he made history as the first Kenya Police officer to the Holy Grail of the World Cross, bucking a trend that has seen Kenya Defence Forces (KDF) runners dominate the middle step of the podium at the global event.

Kamworor is hoping his employers led by Inspector General Joseph Boinett will consider him for promotion as reward should he hold on to his diadem.

“It was a good transition for me after winning a junior title in 2011 then the senior one. It really motivated me and I’m working hard to add another one,” Kamworor stressed.

After Kampala, Kamworor has unfinished business at the August 4-13 IAAF World Championships in London where he will aim at upsetting champion and home favourite Mo Farah in the 10,000 race before training for a fall marathon.

Last year, Kamworor only had one inspirational performance when he successfully defended his World Half title but everything went downhill after that, dropping out from the Kenyan Trials and bombing out at the Rio 2016 Olympics.

“I was having some chest problems that I later discovered it was pneumonia and after the Olympics Games. I got treated and now I’m fully recovered,” Kamworor explained.