Kane’s one stroke of the cane too lethal for Arsenal 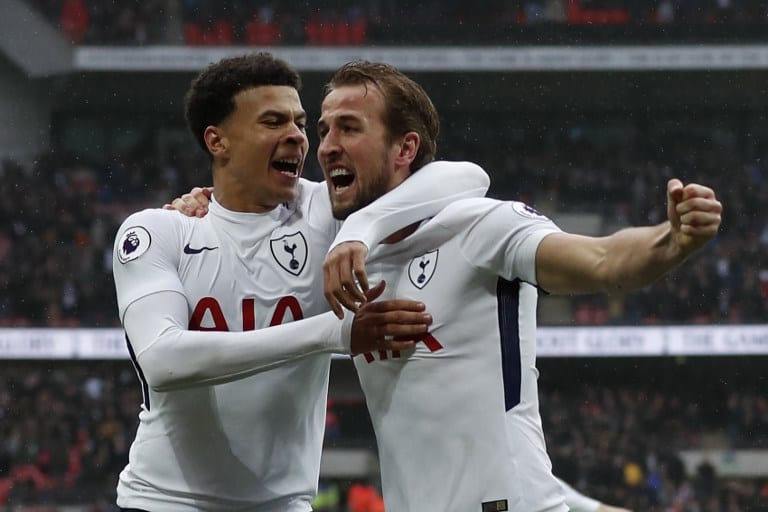 Harry Kane tormented Arsenal again as the Tottenham striker’s clinical finish sealed a 1-0 win in the north London derby at Wembley on Saturday.

Kane’s header early in the second half gave Tottenham the victory their enterprising display deserved as Mauricio Pochettino’s side climbed to third in the Premier League.

It was the Tottenham striker’s seventh goal in seven league games against the club who rejected him as a youngster.

Kane’s latest heroics also made it sweet revenge for Tottenham after they were beaten at Arsenal earlier this season.

In the first north London derby at Wembley for 25 years, Tottenham extended their recent mastery over Arsenal, who have won only once in the last eight league meetings with their hated neighbours.

Tottenham are unbeaten in their last nine league matches and remain in a good position to qualify for the Champions League via a top four finish.

In stark contrast, this was another dispiriting day for Arsenal in a season already marred by too many painful moments.

Arsenal’s first defeat in 10 visits to Wembley is a huge blow to their hopes of returning to the Champions League.

The Gunners, winless in 16 Premier away league games against the top five, fell seven points behind Tottenham and are six adrift of the top four. 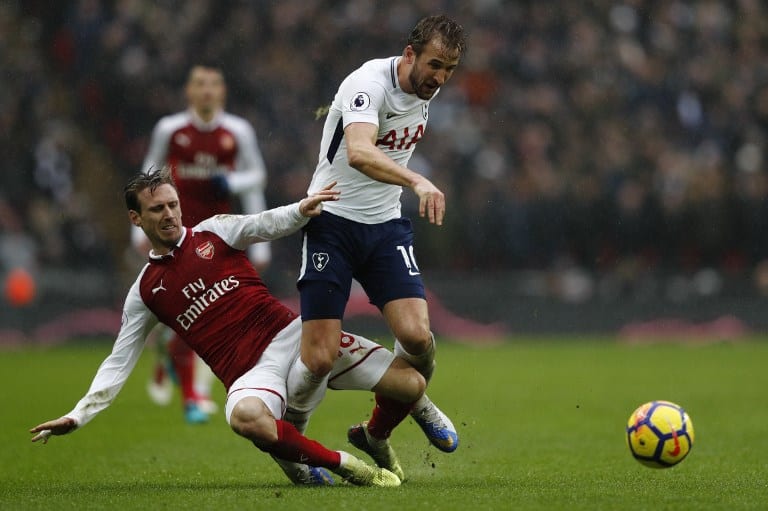 From the start, it was clear Tottenham would be the aggressors in the latest meeting between these eternal rivals in front of a Premier League record crowd of 83,222.

Kane’s clever flick sent Dele Alli racing clear and  when he whipped over a low cross, Shkodran Mustafi poked an attempted clearance towards his own goal, forcing Petr Cech to plunge to his right to spare his team-mate’s blushes.

That incisive raid was part of a sustained spell of early pressure from Tottenham.

Kane wasted a golden opportunity to open the scoring midway through the first half when he headed over from Christian Eriksen’s pin-point cross.

Hector Bellerin made a well-timed burst onto Mesut Ozil’s pass, but despite being in acres of spaces, the Arsenal defender couldn’t keep his long-range effort on target.

It was a miscue in keeping with Arsenal’s failure to find their rhythm as new signings Aubameyang and Henrikh Mkhitaryan struggled to replicate last weekend’s dazzling displays against Everton.

Pochettino’s team were doing all the pressing and were finally rewarded in the 49th minute.

When Ben Davies swung over a dangerous cross, Kane who reacted quickest, showing more desire than Laurent Koscielny as he towered above the Arsenal defender to guide a fine header past Cech. 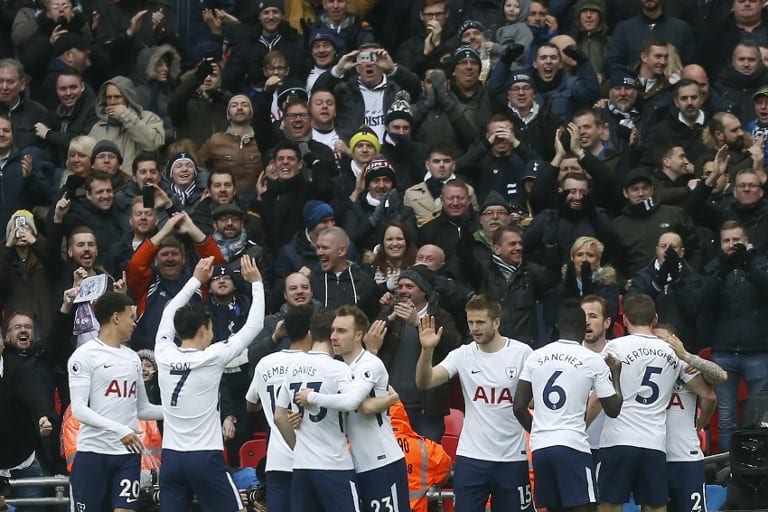 Kane’s 32nd club goal of the season — his eighth in his last seven games — shifted the momentum even further toward Tottenham and the England striker should have doubled his team’s lead when he stooped to head wide from Kieran Trippier’s cross.

Arsenal had no answer to Kane’s muscular presence and clever movement and he forced a good save from Cech with a stinging drive from the edge of the area.

Cech had to be at his best again moments later to tip over an Eriksen free-kick curling towards the top corner.

The anonymous Mkhitaryan was hauled off after 65 minutes before Arsenal at last had a shot on target when Jack Wilshere’s long range effort tested Hugo Lloris. 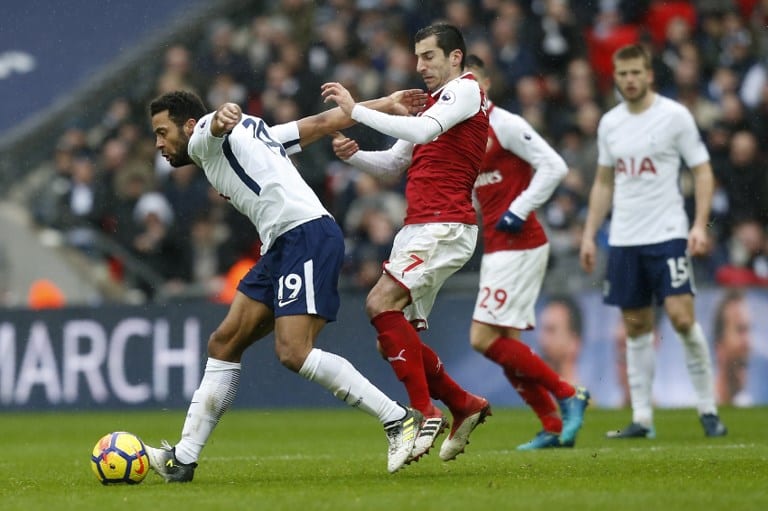 However, it was Tottenham who remained the more potent force and Alli clipped a good chance wide before Cech saved well from Erik Lamela and Trippier.

Cech had kept Arsenal in the game and in the final seconds they could have snatched an undeserved point.