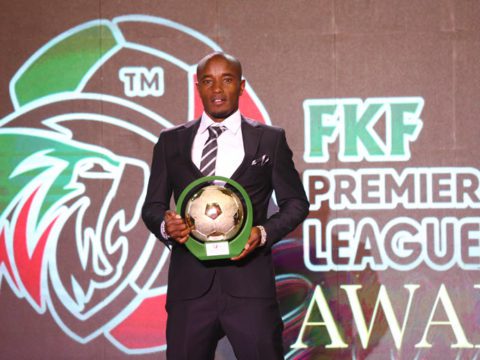 Kariobangi Sharks striker Eric Kapaito is the Most Valuable Player of the Football Kenya Federation League (FKF-PL) for the 2020/2021 season.

This is Kapaito’s second MVP award, having won the gong in the 2018 season when he also won the Golden Boot.

“I want to encourage the players who are playing in the grassroots, the upcoming ones who are not known. It is possible, they can trust the process,” Kapaito said shortly after receiving the award, which came with Sh1 million plus the Sh 500,000 he pocketed for the Golden Boot, going home Sh1.5 million richer. 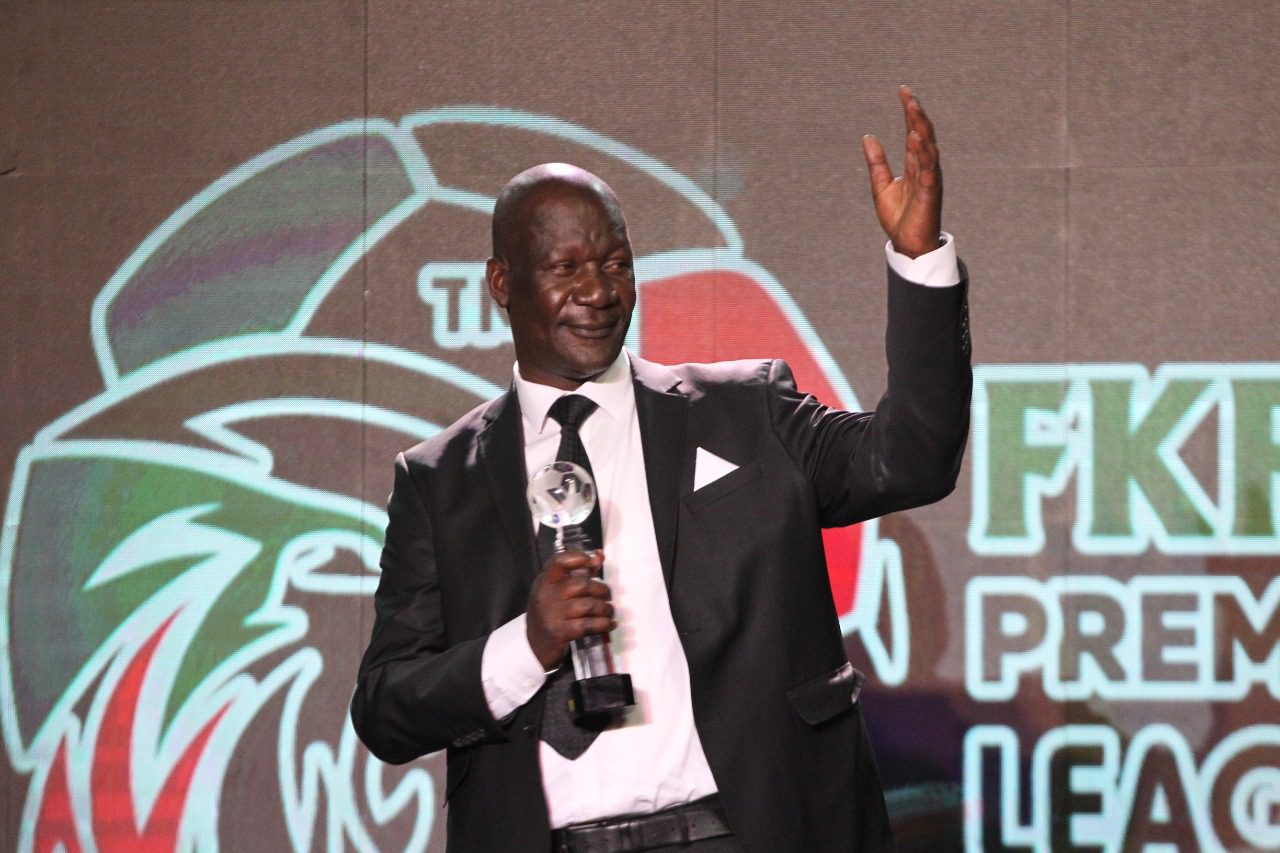 The Team Manager of the Year Award also went to Tusker, their former player George Opondo winning it as the champions sealed the Digital Team of the Year Award too, personally awarded to journalist Timothy Olobulu who ensured the team was most visible on social media and its official pages.

Lawrence Juma of Sofapaka was named Midfielder of the Year, James Saruni the Golden Glove winner as Kariobangi Sharks won the Fairplay Team of the Year Award.

Category winners from the Coach of the Year, Golden Glove and MVP each received a 55’ TV courtesy of StarTimes, with the Golden Glove and Golden Boot category getting two nights fully paid for trips at the Maasai Mara courtesy of Bonfire Adventures. The MVP also gets three nights in Mombasa. 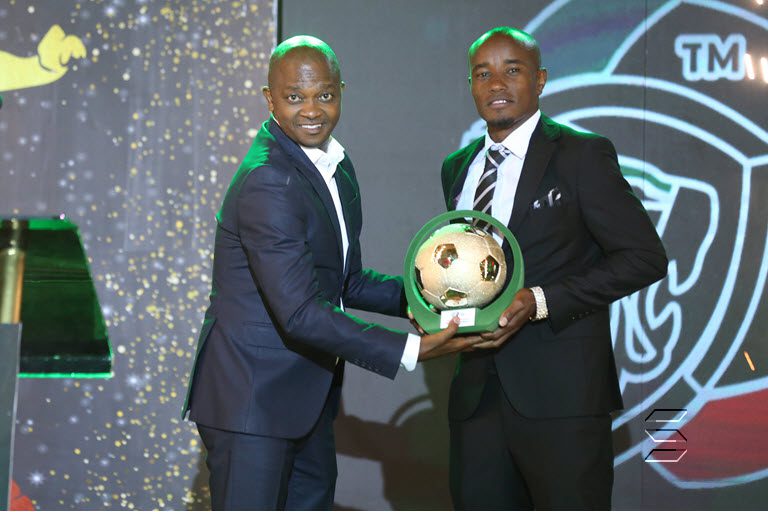 Former Harambee Starlets player, the late Rosemary Aluoch ‘Mara’ Kadondi was feted for her contribution to the game in the President’s Award. Her only daughter was present to receive the award.

In his speech during the gala, FKF President Nick Mwendwa noted it took concerted efforts to successfully conclude the season under unprecedented circumstances orchestrated by Covid-19.

“I thank the players, the officials and all stakeholders for working together to ensure we made it despite all the challenges. We especially had the challenge of playing venues, and we had to improvise the Utalii Grounds, Ruaraka and Thika Stadium as Nyayo Stadium and Kasarani were unavailable. We pray one day we can have all clubs with own stadium, and it’s a dream to work for,” noted Mwendwa.

Mwendwa also regretted that the title sponsor had to pull out towards the tail end of the season, revealing the federation is in the process of bringing on board another one. 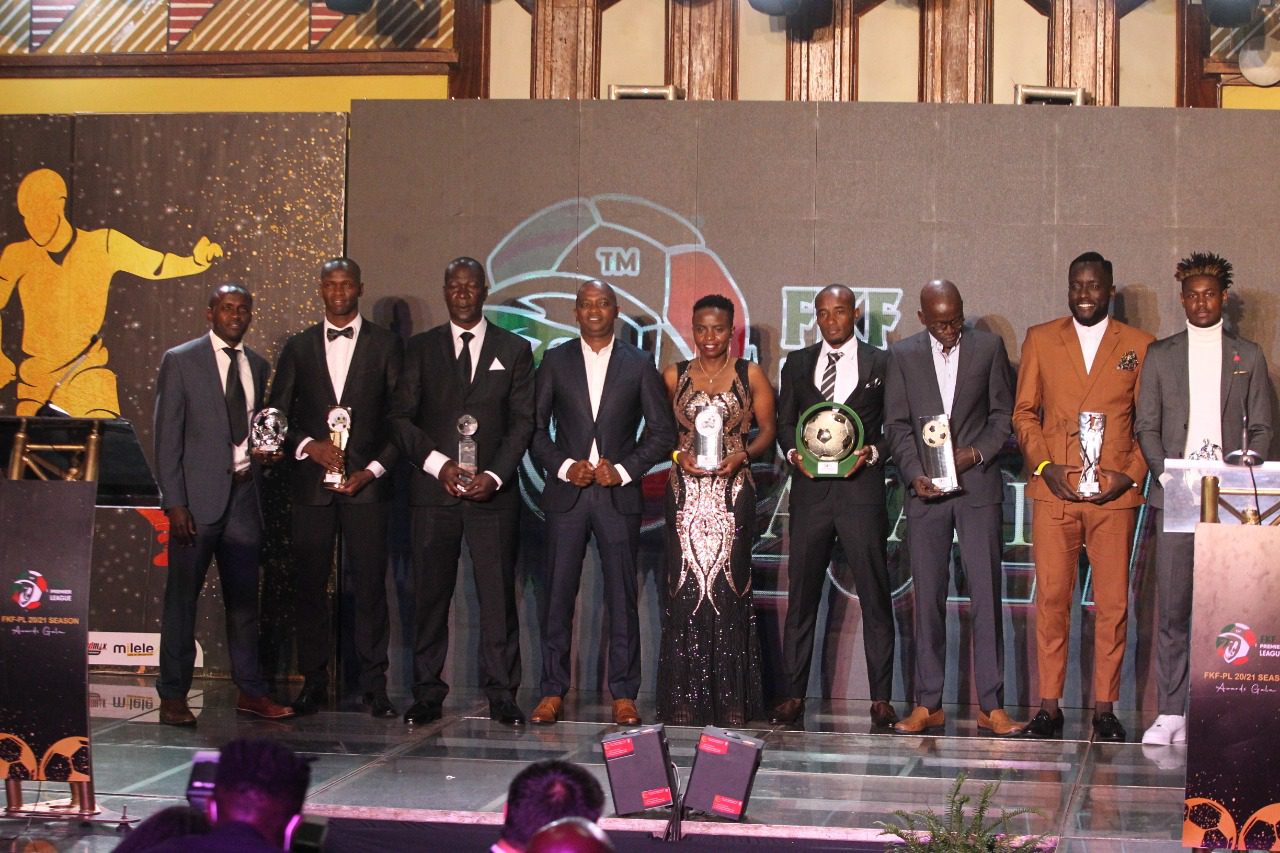 Referee of the Year

Digital Team of the Year

Team Manager of the Year

Young Player of the Year

Midfielder of the Year

Defender of the Year

Coach of the Year