Kasumba the ‘tormentor-in-chief’ as Sofapaka disarm soldiers at Afraha 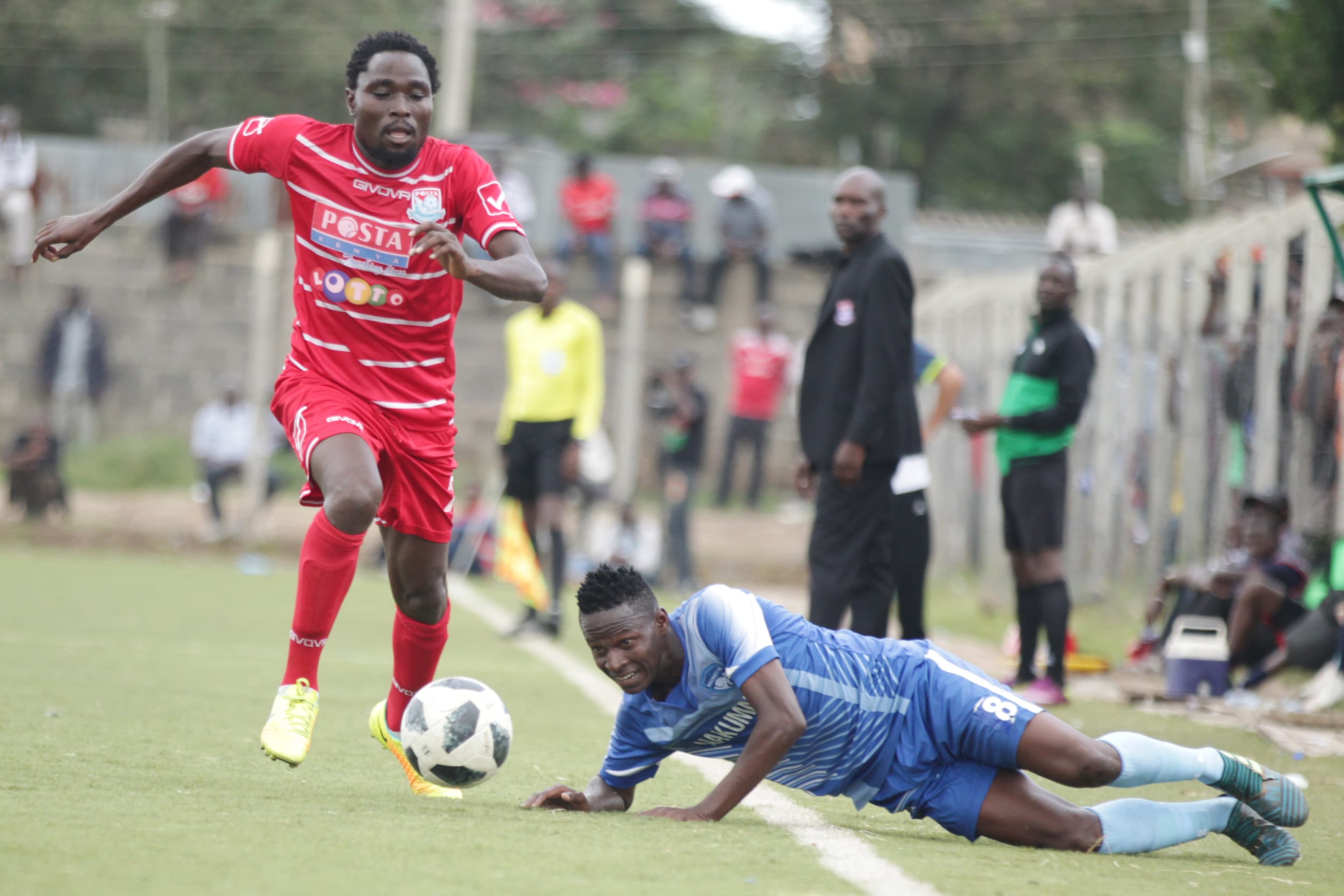 Umaru Kasumba had a hand in both goals as Sofapaka FC defeated Ulinzi Stars 2-1 in Nakuru to go third on the Kenyan Premier League (KPL) standings on Sunday.

Stephen Waruru was a target of some nasty challenges from his former teammates as the striker endured a frosty reception on his return to the Afraha Stadium where he had enjoyed a brilliant spell.

But his partners in a three-pronged attack — Kasumba and Kepha Aswani — benefited from the little attention accorded to them to provide the goals and power the visitors to their eighth win of the season.

Elvis Nandwa was on target for the military men but it did little to inspire a comeback as they squandered the chance to go joint-top with Gor Mahia FC on the KPL log.

Kepha Aswani had a chance to put the visitors into an early lead but goalkeeper Jacktone Odhiambo did just enough to prevent the striker from directing a header goal-ward from a cross.

A golden opportunity fell on the former Nakumatt FC player moments later but he scooped his shot over the bar after Kevin Kimani had done well to pick him out from the corner.

The visitors were enjoying the lion’s share of possession and looking increasingly the likeliest to open the scoring and should have done just that after a miscommunication between George Omondi and Odhiambo allowed Umaru Kasumba to break clear.

The ball however spilled away to the left byline with Odhiambo able to recover his position in goal and was able to pick Kasumba’s cross.

It was that the goal belonged to Sofapaka when it finally came and it what a strike it was from Kasumba.

The Ugandan attacker was teed up by Elly Asieche before he beat defender Oliver Ruto down the right flank, shifted the ball to his favoured right foot and rifled it into Odhiambo’s roof for a brilliant opener in the 34th minute.

John Baraza’s men needed just two minutes to double their advantage and Kasumba was in the thick of it again, this time turning creator after a mazy run through the opposition third.

The Ugandan left Omar Mbong’i and George Omondi crashing into each other before laying it off for the onrushing Aswani and the former AFC Leopards attacker had just the right composure for the moment.

He took one touch get away from Ruto and to set himself up before his dummy left Odhiambo dead on the floor and the striker hit the ball with a slight dink for a truly cool finish.

It was the hosts, however, who took the momentum into the break thanks to a scrappy finish on the stroke of half-time with Omar Mousa unable to clear Elvis Nandwa’s shot.

Elsewhere, at the Camp Toyoyo grounds in Nairobi, Nakumatt humbled Posta Rangers 2-0 with Boniface Mukhekhe bagging a brace to seal the win.

Early on at the same venue, Kariobangi Sharks pipped visiting Bandari FC 1-0  with Sven Yidah’s header making all the difference, while at the Mumias Complex, Thika United edged home team Vihiga United by a similar margin.