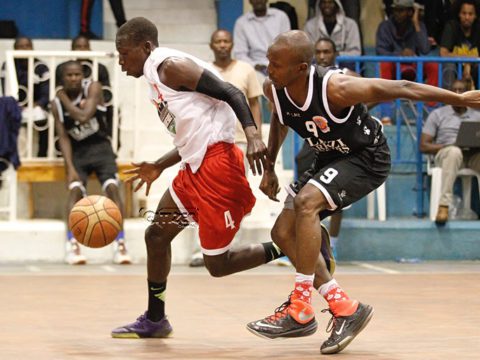 The highly billed match will kick-off at 4:00pm, after a series of matches including Thunder versus Terror which starts at 2:30pm.

Ulinzi who are on the summit of the league with 25 points from 13 matches want to keep their impressive record, having lost only one while Equity follows closely with 22. Equity has on the other hand lost only two matches.

“It’s going to be a hard one which needs enough preparation. It’s a difficult team to face but we are mentally prepared for it,” Odhiambo said.

Meanwhile Eldonets head coach Maurice Ouma is raring to go against Lakeside at home in Eldoret.

“Being at home we expect nothing else but a win. The team is well prepared and set to go, importantly we have no injuries concerns,” noted Ouma.

So far Eldonets are eighth with 11 points having played eight games, winning three and losing five.

Lakeside on the other hand have featured in 10 games, winning three, losing seven to earn 13 points.

Elsewhere Thunder will be meeting University of Nairobi’s Terror and Umoja on Saturday and Sunday respectively.

Head coach Sadat Gaya expects the total concentration they have put in their preparations after finishing national team duties in the recent FIBA AfroBasket Championship will pay.

“We are now prepared enough with no national team duties concerned. We are now consistent in the league matches and we expect to improve on our league position by winning the coming fixtures,” Gaya said.

Thunder are the sixth on the log with 14 points having played nine games, winning five, losing four.

KPA will host Kisumu Lady Bucks in the Women Premier League in Mombasa from 2:00pm on Saturday, while KU Oryx will tackle Storms at Nyayo from 10:00am.

UON Dynamites have a date with Strathmore at Nyayo on Saturday from 11:30am, as Umoja and Blades play in the same venue starting 1:00pm.

On Sunday, KU Oryx will be up against Zetech, Blades against KCA University, Umoja versus Thunder as Ulinzi complete the schedule against KU Pirates at 4:00pm.