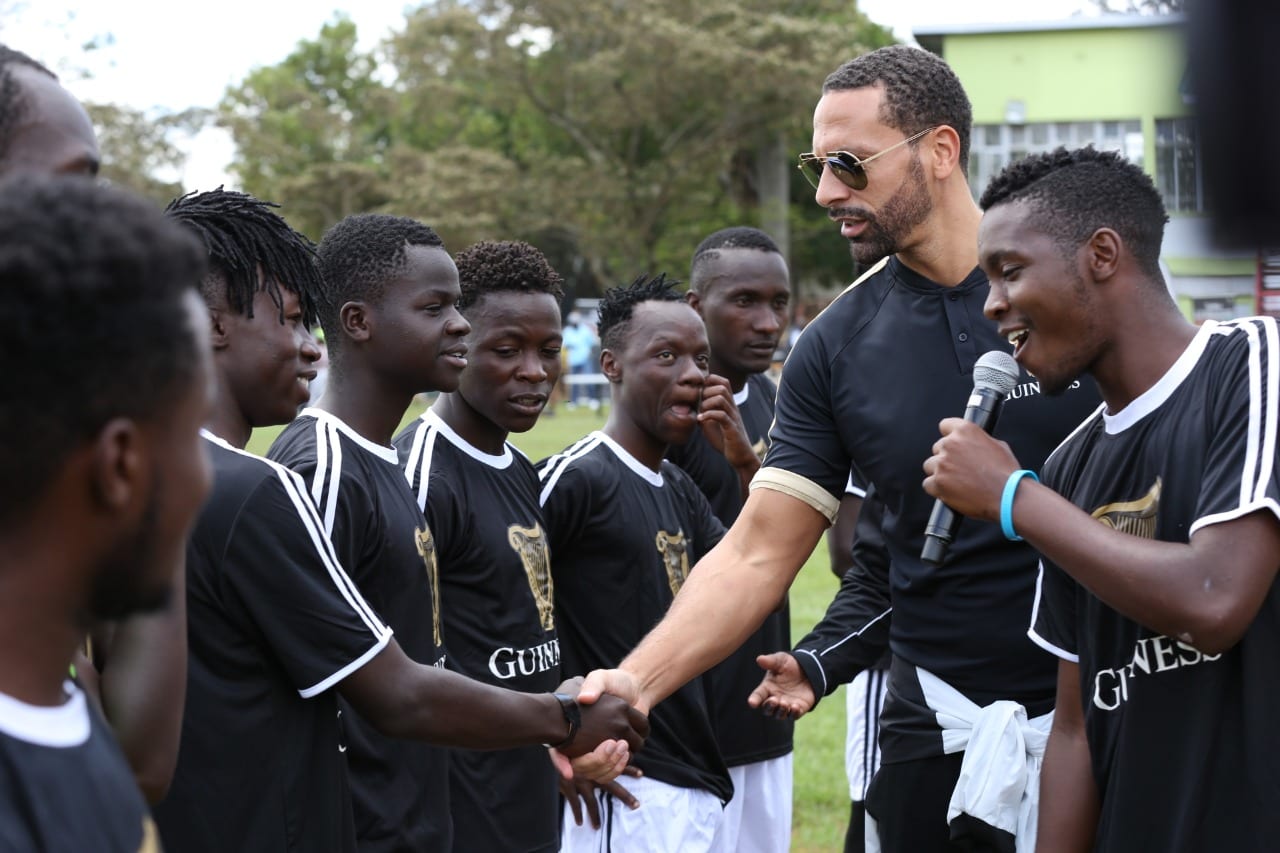 Former Manchester United defender Rio Ferdinand has advised footballers and football teams to embrace professionalism if they want to be successful.

Speaking at Ruaraka grounds on Saturday, Rio also urged the youth to keep off drugs and instead concentrate on building their careers.

The former England international who currently works as a TV pundit made the remarks on Saturday when he interacted with a number of football teams where he was joined by Kenyan Premier League referee Tabitha Wambui Njoroge. 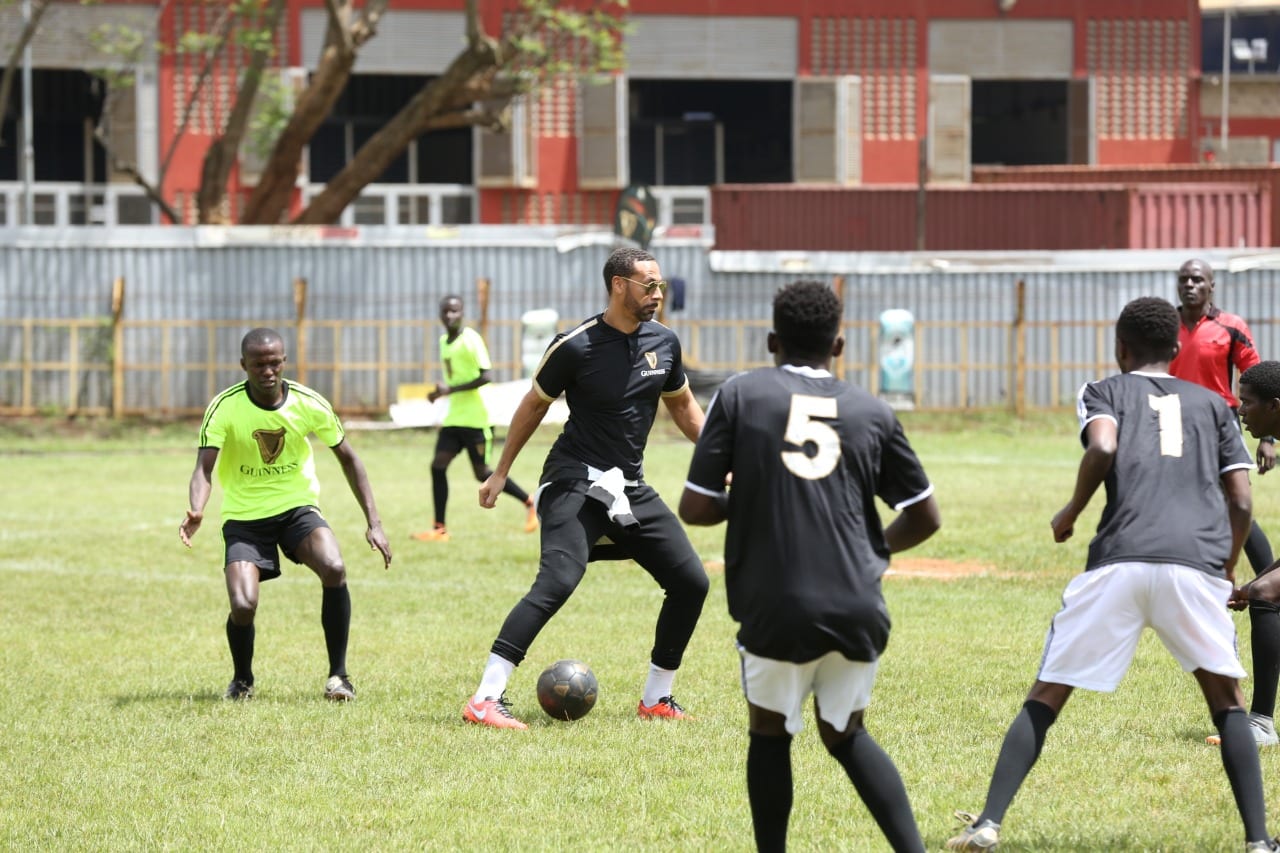 Apart from his club career, Ferdinand also represented his country during the 2002 and the 2006 Fifa World Cups.

He is the third football celebrity star to visit Kenya courtesy of Guinness in recent times, following in the footsteps of Frenchman Thierry Henry and Italian Roberto Di Matteo.