Kenya lose in Comoros to leave AFCON dream in tatters 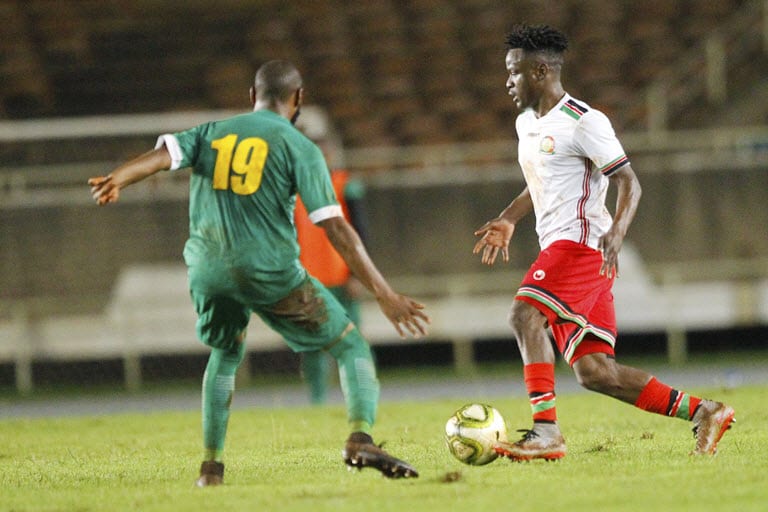 Kenya’s Harambee Stars lost 2-1 to Comoros Sunday evening in Moroni to leave their quest of gracing the 2022 Africa Cup of Nations Finals to be hosted in Cameron hanging by the thread.

Nabouhane gave the hosts the lead in the 21st minute  before Cliff Nyakeya hauled Kenya even in the 36th minute but Faiz Mattoir restored the hosts lead, barely a minute after the breather, in what turned out to be the winner.

The outcome means Kenya must garner maximum points in the two left matches against Egypt and Togo and hope that the other matches go its way to have the remote possibility of making it to the showpiece.

Comos top the group on 8 points, Egypt second on five, Kenya are third on 3 points while Togo are bottom with just 1 point.

Kenya began her campaign remarkably well holding seven-time African champions Egypt to a one-all-draw in Alexandria Egypt but have shot themselves on the foot, failing to claim the maximum points in subsequent home fixtures against Togo and Comoros.

The Afcon showpiece was primed to kickoff in Cameroon in January 2021 but was pushed back to 2022 due to the ravaging coronavirus pandemic.