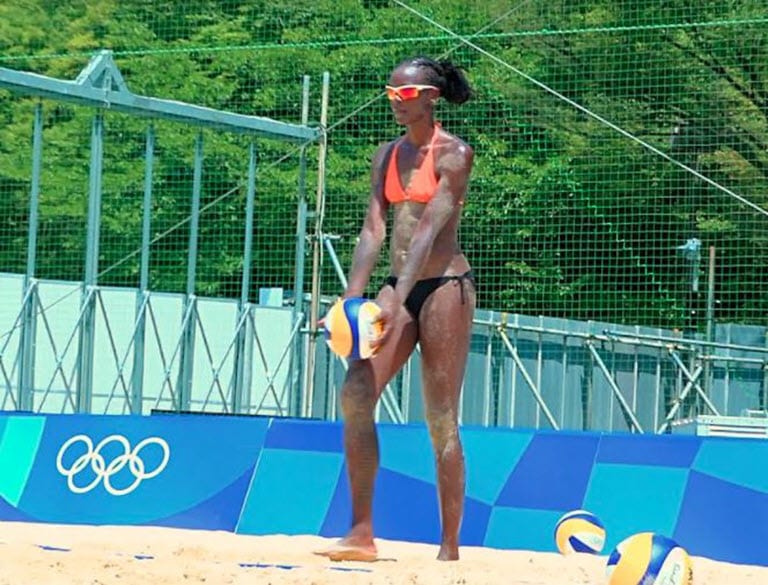 There was no time to waste for the Kenyan beach volleyball team. A day after landing in Tokyo ahead of their Olympic Games, they held two training sessions at the Shiokaze Park.

It is a busy training venue as all teams are allocated maximum 45 minutes spread throughout the day.

“This was our training because of the delay at the airport when we arrived on Sunday night. We have had two sessions, but the humidity here is so crazy.

“We are trying to adjust. The first session was not that good, but the second one was better. So I hope tomorrow (Wednesday), it will be better,” Gaudencia Makokha, one of the players in the team said.

The players have to go through a crash programme to recover lost time as their only practice tournament was the Olympic qualifiers.

With no league in Kenya and the coronavirus pandemic restricting movement across the world, the team had to make do with training in Mombasa for a limited period. But their opponents have been busy.

“Other countries have come here after completing the World Tour in Switzerland. For us we only had the match in Morocco to prepare. So it is a bit challenging, but then we are used to it as Africans,” Makokha added.

She however adds that this is a challenge that the government has to take.

“We need to start a beach volleyball circuit for us to catch up with the rest of the world. We have the potential. Now we are the African champions and we are here at the Olympics. We have been going to the World Championship but it is still not enough. We need to go the World Tours and have a lot of tournaments for us to have good results.”

The potential in Kenya is there, given the performance of the team over the past few years. they finished second at the africa beach games in 2019 before winning the Africa Championship in 2021 which also doubled up as an Olympic Games qualifier. It takes a lot to remain at the top.

Makokha says “It is not that challenging, but it is all about going for it and working hard. You need to have the potential. Beach volleyball is not for lazy people. You have to work hard for it. Listen to your coach and work with your partner like twins. it is not for joyriders. You have to work for it, know the purpose you are training and why you are on the court.”

She adds that she feels at home because she is with the Malkia Strikers, the national volleyball team that is also in Tokyo for the Olympic games.

“We are sisters and most of them, apart from playing for the national team, we are teammates at club level. We sleep in the same block, so we are talking to each other. However, our training schedule and theirs is a bit different. So we only meet during meal time and in the rooms,” she stated.

“I think it is early to tell. We will have a feel of the championship after we play the first match. We will take one game at a time. You can’t tell whether you will be knocked out and yet you have not even played the first match. It is about taking one match at a time,” observes the player.