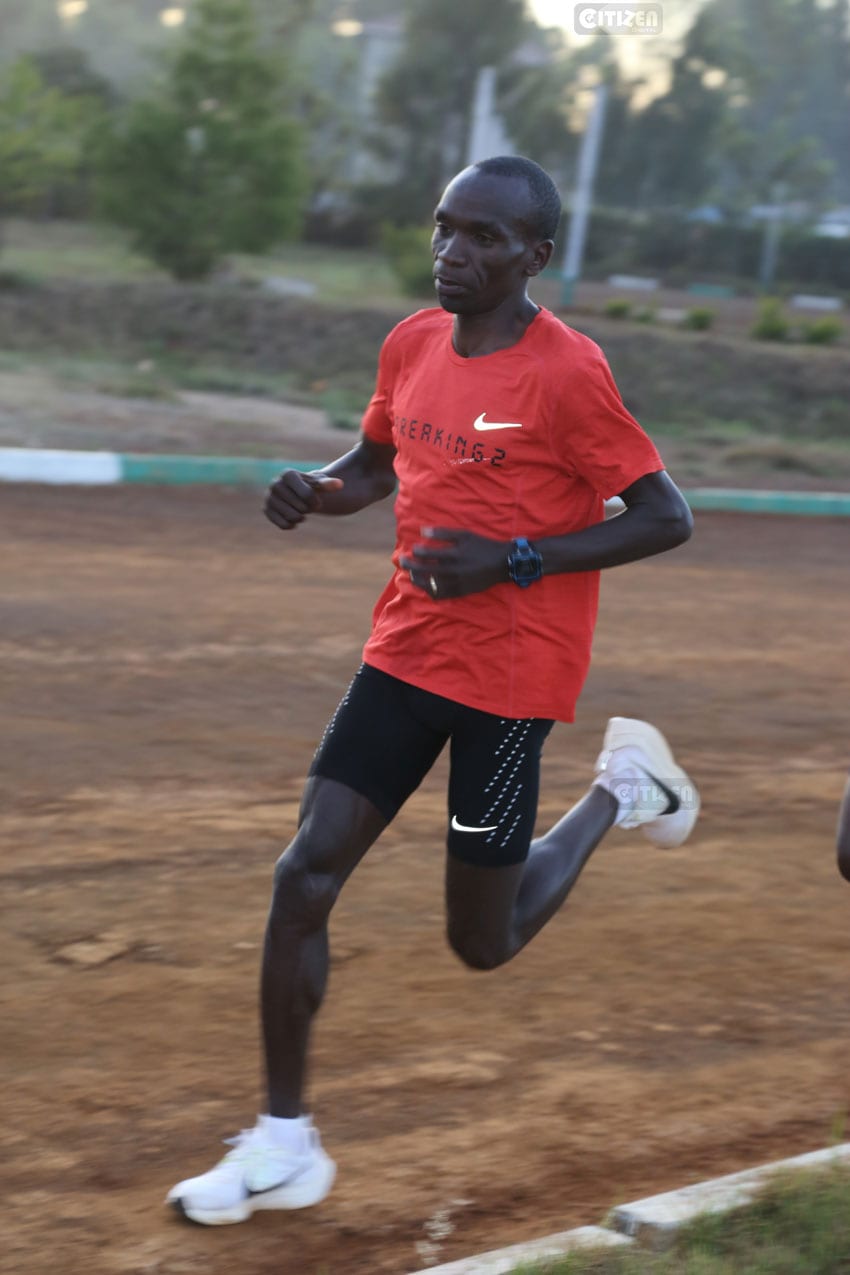 Olympic champion, Eliud Kipchoge says he is in 70 percent shape in his bid to run the marathon under two hours later this year as he steps up his training for the Nike Breaking 2 project in Kaptagat.

The two-time London Marathon champion gave up the defence of his title next month to be involved in the planned race in spring alongside Zersenay Tadese from Eritrea and Lelisa Desisa of Ethiopia saying he opted for the challenge in an effort to make history.

“I got involved in this project to show human beings can achieve anything they set their minds to. In the next month, I will in 100 percent shape to go for it,” the 2015 and 16 London winner said at his Global Sports Training camp in Kaptagat.

Kipchoge who has also won the Hamburg and Berlin marathons recently ran an impressive half marathon time of 59:17 that was well under the pre-event goal of 60:00 during a recent test run for the Breaking 2 in the Formula 1 circuit of Monza in Italy.

Tadese followed in 59:41 and Desisa lagged behind in 62:55, having fallen off the pace less than halfway through.

The 32 year-old former 5000m world champion is training with the specially made Nike Zoom Vaporfly Elite shoes he will use in his pursuit to break the two hour barrier.

On Wednesday, Kipchoge and his training partners welcomed a group of international journalists under the IAAF Day in the Life programme where he explained his outstanding long professional career.

“I have had the same coach since I started 17 years ago. This consistency has helped me progress well as an athlete and in life. It’s just like having a doctor, the longer he treats you, the better he understands your body,” the 2004 Athens and 2008 Beijing Olympics 5000m silver winner underscored.

“I had planned well for London and after winning, I returned to train for Rio when I was selected. There was no big difference in the training programme I used.

“Having won bronze and silver at the Olympics, I felt this was my time to win the gold and I went to Brazil with only one aim, to be the champion,” Kipchoge recounted.

“Nothing much has changed since I became an Olympic champion. I still have the same dedication and hard work in training and I want to run as long as I can,” the Rio gold medallist added.