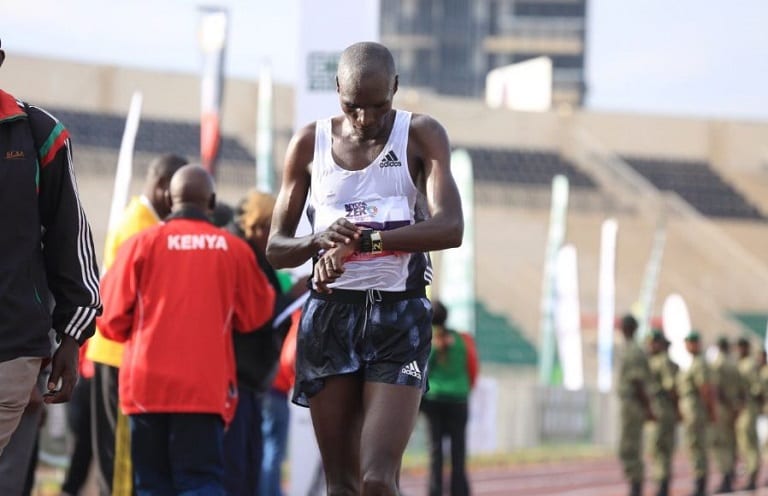 Amsterdam Marathon champion Vincent Kipchumba warmed up for the upcoming London Marathon with a dominant victory at the 2020 Beyond Zero Marathon, clocking 1 hour 1 minute and 54 seconds on Sunday.

The next five places witnessed a tight finish with second and sixth only separated by 20 seconds yet it was Nicholas Kosimbei who took the runners-up position after clocking 1:02:28, just two seconds ahead of Albert Kangogo.

Paris Half Marathon silver medallist Lydia Njeri took the top honours in the women’s race after leading from gun to tape and finishing with a time of 1 hour 12 minute and 3 seconds.

Emily Chebet timed 1:12:33 for second place with Pacificia Jeploo rounding off the podium places in 1:12:46.

President Uhuru Kenyatta graced the event that marked its fifth edition on Sunday and after a 2km race was received at the tape by First Lady Margaret Kenyatta who launched the initiative to improve maternal and child health, and to reduce new HIV infections among children.