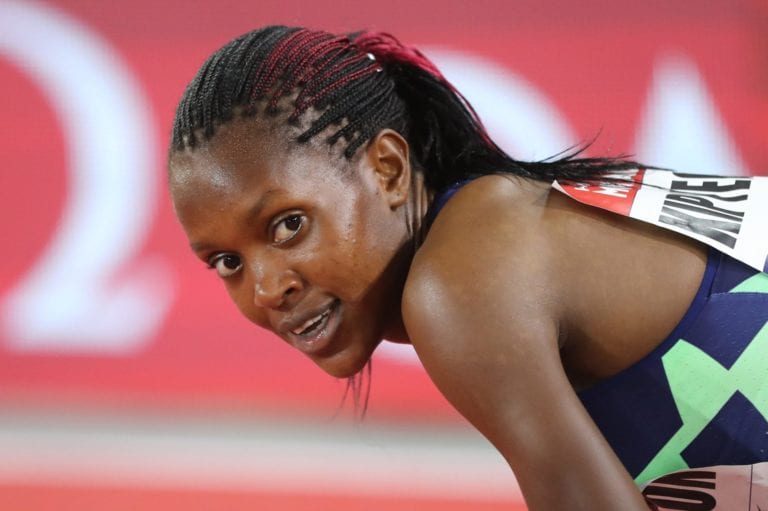 Olympic 1500m champion Faith Kipyegon ran from the gun to tape to clinch victory in the women’s 1500m race at the Olympic trails, at the Kasarani Stadium on Thursday.

Fresh from setting a new personal best and a national record, Kipyegon clocked 4:02.10 ahead of Africa 1500m champion Winnie Chebet who finished second in 4:04.62.

“I feel I am in great shape having ran a personal best last week in Florence. Yes, I can say it was an easy race but the focus now is the Olympics,” said Kipyegon.

“I always cherish my battle with Hassan and the prospect of meeting with her again in Tokyo is very interesting to me,” further noted Kipyegon.

With Kipyegon and Chebet only Kenyan athletes who have attained the Olympic qualification time for Tokyo Games (4:04.02), the duo will now represent the country at the Summer Games.