Kisii to host the sixth edition of KICOSCA Games 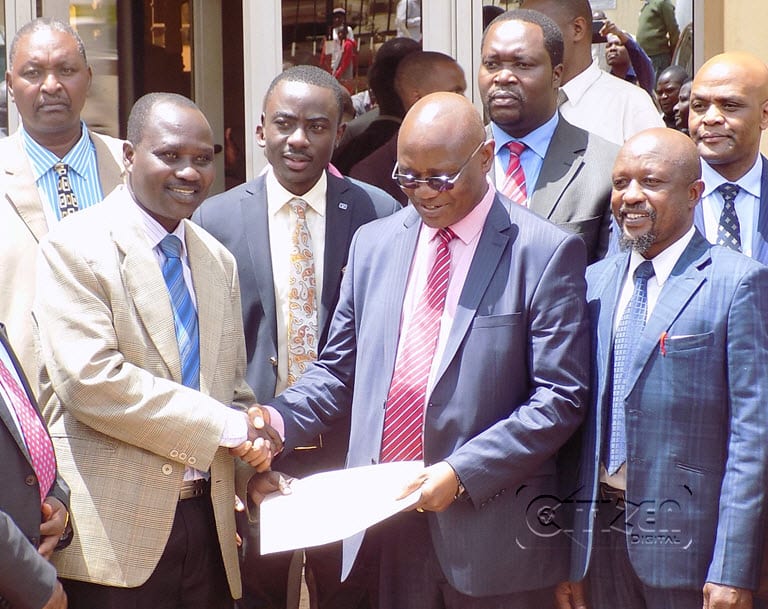 The Kisii County Government will host the sixth edition of the Kenya Inter County Sports and Cultural Association (KICOSCA) Games slated for August 12-18 this year.

This is after Governor James Ongwae received a letter of authority to host the games on Wednesday from the County Assemblies Sports Association (Casa) organizing committee.

The letter of authority was handed over to Ongwae by County Assemblies Sports Association (CASA) organizing committee vice-chairman, Peter Ogola, who was accompanied by secretary general, Muraya Kabiri and other officials.

Ogola said that close to 10,000 participants are expected and called on the host county to work hand-in-hand with the organizing committee to ensure that the games are successful.

He however expressed concern that some counties like Migori and Homabay have never participated in the games since they were started and urged Ongwae to appeal to his counterparts to embrace the association and apply for membership.

The vice-chair also urged Ongwae, who now takes over as the association patron form Machakos Governor, Dr. Alfred Mutua, to look for sponsors to donate trophies and medals for winners.

On his part, Kabiri asked the county government to ensure the sporting and accommodations facilities are upgraded and adequate for the big number of participants expected to attend.

He added that the national technical committee will be on the ground inspecting all the facilities that will be used before the games begin.

Accepting the authority letter, Ongwae lauded the association for selecting the county to host the games.

The governor said his government had identified facilities in various learning institutions that will be used during the event and said he will work closely with the management of the institutions to ensure that they meet the standards.

Ongwae, who was accompanied by his deputy Joash Maangi, CEC in charge of Culture and Sports Duke Mainga and County Assembly Culture Committee chairman, Evans Mokoro, assured the country that venues will be ready for use, adding the games will help participants from various parts of the country interact, share experiences, and boost the county’s economy.

He assured the participants of their security, adding that county government officers will liaise with security chiefs to beef-up security before and during the games.