Koranga out as Lionesses set to depart for Cameroon 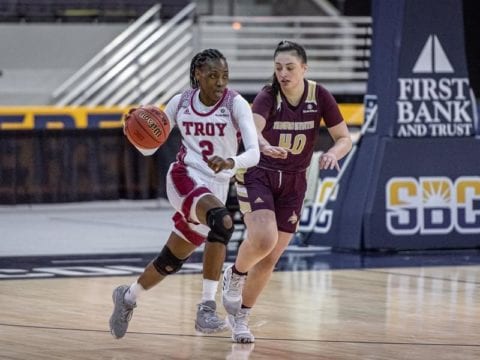 The national women’s basketball team head coach George Mayienga says the omission of Felmas Adhiambo Koranga from the squad was because she was unavailable for selection due to study reasons.

US-based Koranga’s name was conspicuously missing from the squad that was named yesterday to take part at the 2021 FIBA Afrobasket Championship in Cameroon.

She was instrumental for the Lionesses in the qualifiers that were held in Kigali, Rwanda in July, earning selection among the best five alongside compatriot Victoria Reynolds.

Her place has been filled by Ivy Opicho who plays for the women’s premier league side Strathmore but Mayienga acknowledges that her absence is a big blow to them.

“It is something to do with her studies in college the USA where she is studying. It’s a tall order for us because if you look at the semis and the final of the qualifiers I used her more and she did her job very well. I believe the player that will take or play in her place will give her best,” Mayienga said.

The experienced tactician says that they will take one game at a time even though they are worried about the host nation whom they are pooled together in Group A alongside Cape Verde.

The 2021 FIBA Women’s Afrobasket Championship will begin on Saturday in Yaoundé, Cameroon and will run until September 26.

Lionesses were due to depart the country on Wednesday but will now travel on Thursday due to visa complications that have since been resolved.

Kenya will begin the championship with hosts Cameroon on Saturday at Yaounde Multipurpose Sports Complex, Yaounde.