KSSSA to partner Coca-Cola in 2016 tournament 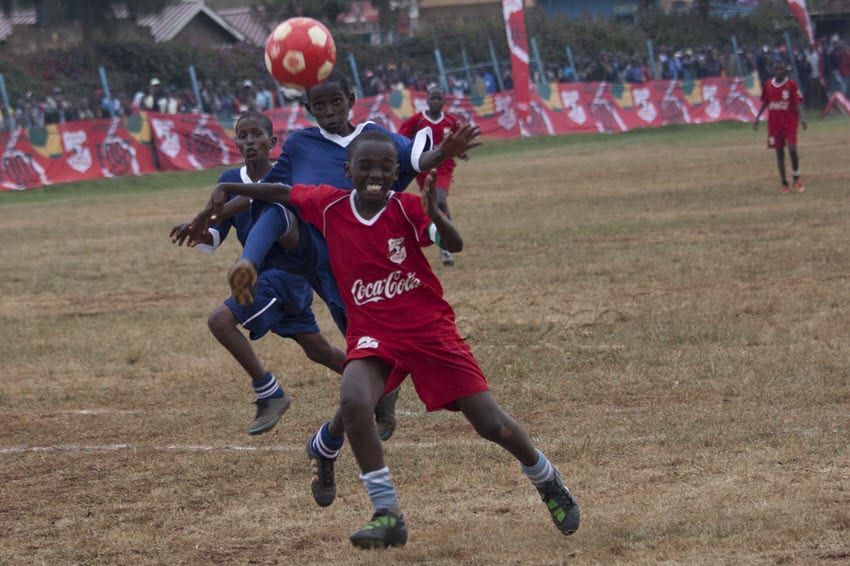 Thousands of young footballers across the country once again have a platform on which to showcase their talents after the re-launch of the Copa Coca-Cola.

This year’s edition will see Coca-Cola partner with the Ministry of Education through the Kenya Secondary Schools Sports Association (KSSSA), in the organisation of the regional tournaments.

Nicholas Maina, the Country Franchise Manager Coca-Cola said the partnership with the KSSSA will ensure more teens from across the country get to participate.

“Thousands of young football players can participate through their schools, academies or community teams,” he stated during a press release at Upper Hill High School.

The regional tournaments will be held in seven regions across the country that includes Metropolitan, Garissa North Eastern, Coast, Highlands, Aberdares, Mau, Nzoia and Lake Regions. Winners from these regions will converge in Embu for the national championship in June.

“All participating players will be awarded certificates of participation. In addition, a select all-star team will be given the opportunity to attend a fully funded training camp where they will be exposed to high performance coaching to enhance and develop their football skills,” added Mr.Maina.

Ministry of Education Director, Co-Curricular Co-ordinator Mr. Johnson K Ikiugu lauded the programme saying the youth require all the support and encouragement from the society to nurture their talents for their development.

Over the past years, the international training camps have seen players visit and train in exciting aspirational locations which included, Tuks Sports Village, a high Performance Centre at the University of Pretoria, South Africa as well as Chelsea football club’s training grounds in London, Cobham training facility, where the players had an opportunity to visit the Stamford Bridge Stadium for a live match.

In the last edition in 2014, two youngsters travelled to Berlin, Germany for a six-day Copa Coca-Cola International Camp at the prestigious Lindow Sports Academy.

Benson Matheka, a student at Koamalel Secondary School and Brian Mumo from Nyeri High School were part of over 100 footballing teens from 27 countries to receive top-of-class training as well as forge friendships and gain valuable skills both on and off the pitch.

Rift Valley’s Kitale Youth and Western’s Shinyalu Girls took the top honours in the 2014 editon championships in the boys and girls categories respectively.

“We expect stiffer competition this year since the teams have been preparing extensively to improve on last year’s performance. Football fans across the country should make their way to the regional finals venues and expect to be treated to some exciting games from the youngsters,” said the KSSSA Secretary General Mr. David Ngugi.

The winners in the boys and girls categories will each pocket Ksh500,000 with the runners-up taking home Ksh200000. The third place playoff winners will go home with Ksh100,000.