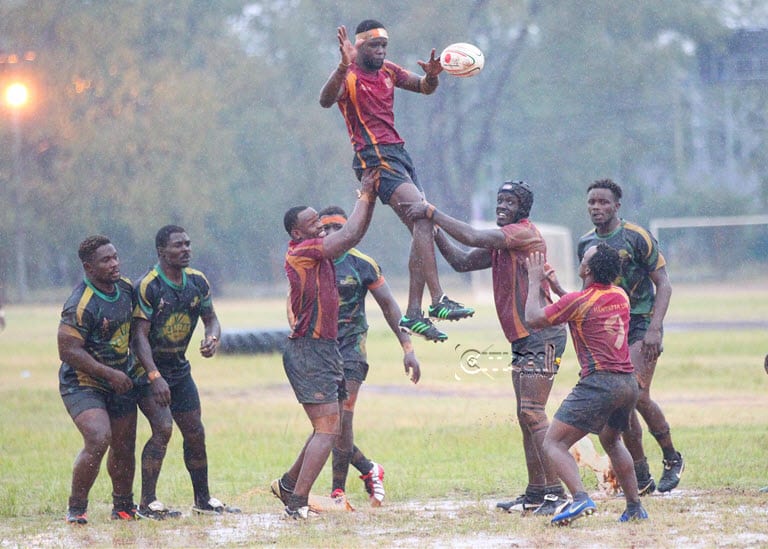 Kenyatta University rugby team head coach Mike “Tank” Otieno is aware of the quality his opponents posses ahead of the third leg of the Kenya University School Association Games (KUSA) in Kaimosi this weekend.

Otieno who has been at the helm of coaching duties for the University side believes winning the third leg will be a huge boost for the boys ahead of the local sevens circuit which kicks off at the end of the month.

“We have been working hard not only for the KUSA games but also for the local sevens circuit and winning the third leg this weekend will be a huge boost for the team,” Otieno told Citizen Digital.

Blak Blad as they are fondly known in the rugby circles are tied on points with fast rising Masinde Muliro University of Science and Technology (MMUST) with the pair having won both of the opening two legs in Mombasa and Nyeri respectively.

However the veteran tactician believes it shall be a competitive leg for his boys with University of Nairobi, USIU Mount Kenya University and Egerton University being string contenders for this year’s silverware.

“Mean Machine have been a quality side same with MKU and soldering on to the Kaimosi leg  we have a solid team Last year, we did well, this time around, this team is much quicker and are responding well to training, so like I said, we stand a chance,” Otieno said.

With the third leg set to determine boys from men in Kaimosi, Blad will be hoping the blend of the experienced and youngsters will be the pillar in their success story this season.

“We shall incorporate those whom we deem appropriate,” said Otieno, adding that his focus is on building a strong competitive side. He said the inclusion of the youngsters is part of the preparations for the local assignments ahead.

Blak Blad and Mean Machine are the most decorated and feared University rugby sides Sevens team but, Otieno believes the fast rise of MMUST in the rugby scene brings a totally different aspect of the game.

Mmust have been just as dominant winning the first leg where they beat rivals Blak Blad 17-10 in the finals of the Nyeri leg before going on to loose 10-5 in the Mombasa leg to Blad.

Otieno believes if Mmust place the same emphasis they did on the first two legs then the Kaimosi leg will be a tournament to look forward to.

“Mmust have been an exceptional side and a strong contender for this years KUSA title, Playing basic and good rugby and if they work hard and show the effort they did in the first keg then we will head down to the wire for some entertaining rugby,” Otieno added.

With both Mount Kenya University and Machine falling twice to Blad and Mmust at the semifinal stage in the first two legs by a close margin the third leg promises to elicit fireworks.

From Kaimosi, action heads to Egerton in Njoro before climaxing with the final leg at the University of Nairobi.