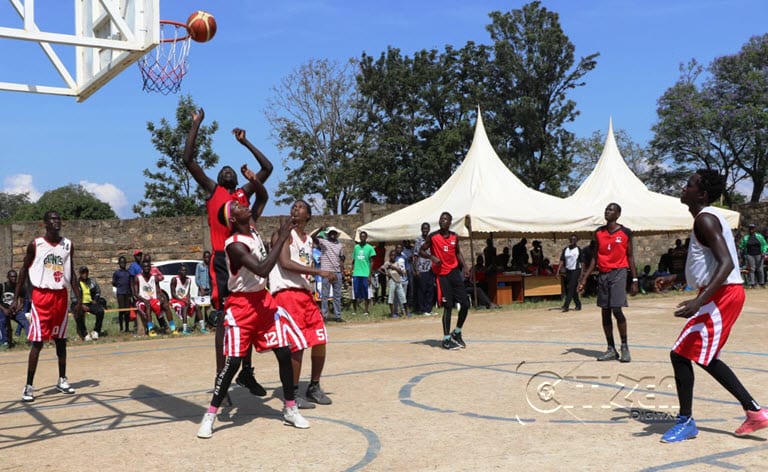 Martin Otieno’s offensive and defensive discipline saw Busia lead 20-8, 32-14, 40-20 and 53-34 in the first, second third  and fourth quarters to confirm their desire of taking the top honours at this year’s event after losing to Kisumu in last year’s finals in Nandi County.

To confirm his agility and understanding of the game, Otieno also emerged the top scorer with 18 points while Seth Masibo and Isaac Mukabane trailed him in second place with eight points apiece. Dominic Elim was the star-man for Turkana with 12 points.

The hosts won their first match on Monday, beating Samburu 64-19 and will meet Pool “B” runners-up in the semis. Pool ‘B’ has Nakuru, Makueni and Siaya. Winners of this pool will meet Turkana who finished second in Pool A.

Busia coach Christine Wabala said they are hoping for a podium finish, noting that their strategy is winning to the end.

Team captain Brian Oduor said the absence of Kisumu is a blessing in disguise and nothing can stop them from winning their first trophy.