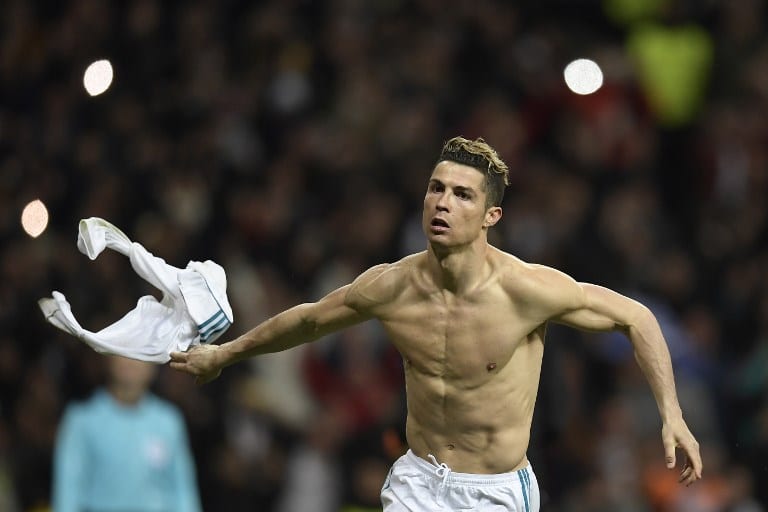 Cristiano Ronaldo smashed home a penalty in the seventh minute of stoppage time to take Real Madrid through to the Champions League semi-finals on Wednesday, despite a 3-1 defeat on the night to Juventus after a remarkable comeback attempt by the Italians.

Juve had produced a stunning performance at the Santiago Bernabeu, Mario Mandzukic’s brace and a Blaise Matuidi goal putting them 3-0 up in little over an hour, levelling the tie on aggregate after Real’s 3-0 victory in Italy last week.

But as extra time loomed, English referee Michael Oliver awarded a penalty for a clumsy challenge by Medhi Benatia on Lucas Vazquez in the area.

A furious Gianluigi Buffon was sent off for his protests at the decision, and it wasn’t until the 97th minute that Ronaldo was able to take his spot-kick, beating substitute ‘keeper Wojciech Szczesny from 12 yards.

Mandzukic twice headed in right-wing crosses at the back post for Juve in the first half, and a horrible Keylor Navas error allowed Matuidi to make it 3-0 on the night in the 61st minute.

Real had looked vulnerable, but the late drama meant they would not suffer an embarrassing exit to match that of rivals Barcelona at the hands of Roma 24 hours earlier.