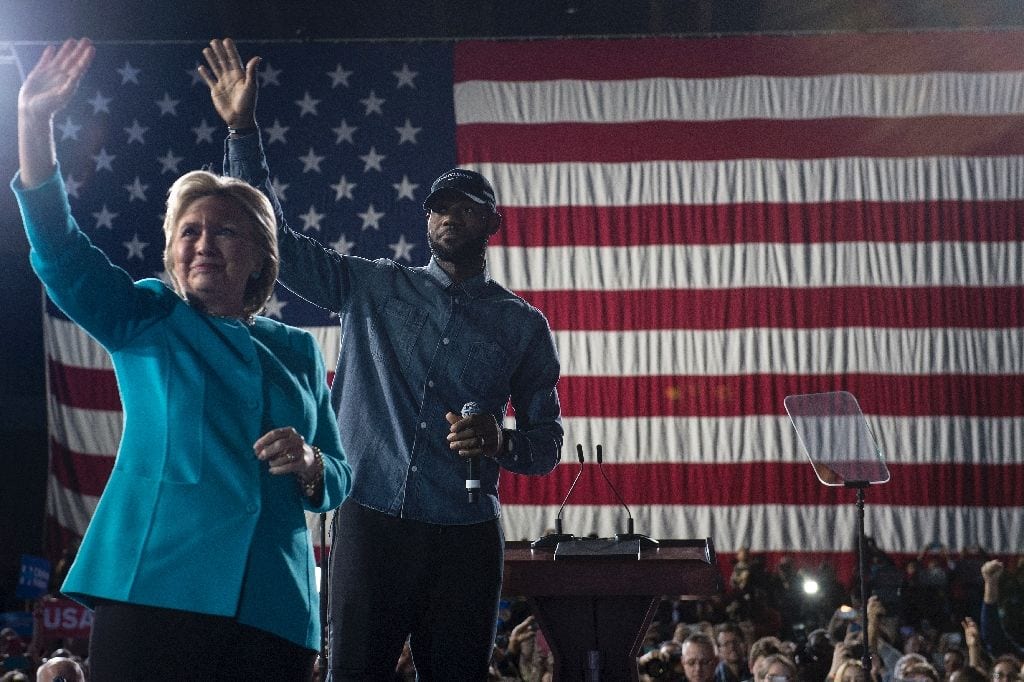 LeBron James is among a group of Cleveland Cavaliers players who have refused to stay in a hotel affiliated with President-elect Donald Trump when the NBA champions visit New York later this week, it was reported Monday.

ESPN cited multiple team sources as saying that James, who endorsed Trump’s rival Hillary Clinton during last month’s election, would not stay with other team members at the Trump SoHo hotel in Manhattan for this week’s game against the Knicks.

The 46-story luxury building, which opened in 2010, is branded with Trump’s name through a licensing agreement. The Cavaliers have a contract to reside at the hotel when in New York.

The Milwaukee Bucks, Memphis Grizzlies and Dallas Mavericks have all indicated they would stay elsewhere when traveling to New York to play the Knicks and Nets and Chicago to play the Bulls.

Last month, Cavs reserve forward Richard Jefferson suggested that the team’s trip to the White House to celebrate their NBA championship might be their last.

“I just look across this league. There’s been other players with ‘scheduling conflicts’ as they like to call it — not necessarily a political stance,” Jefferson said later.

“But I could see other scheduling conflicts coming up.”