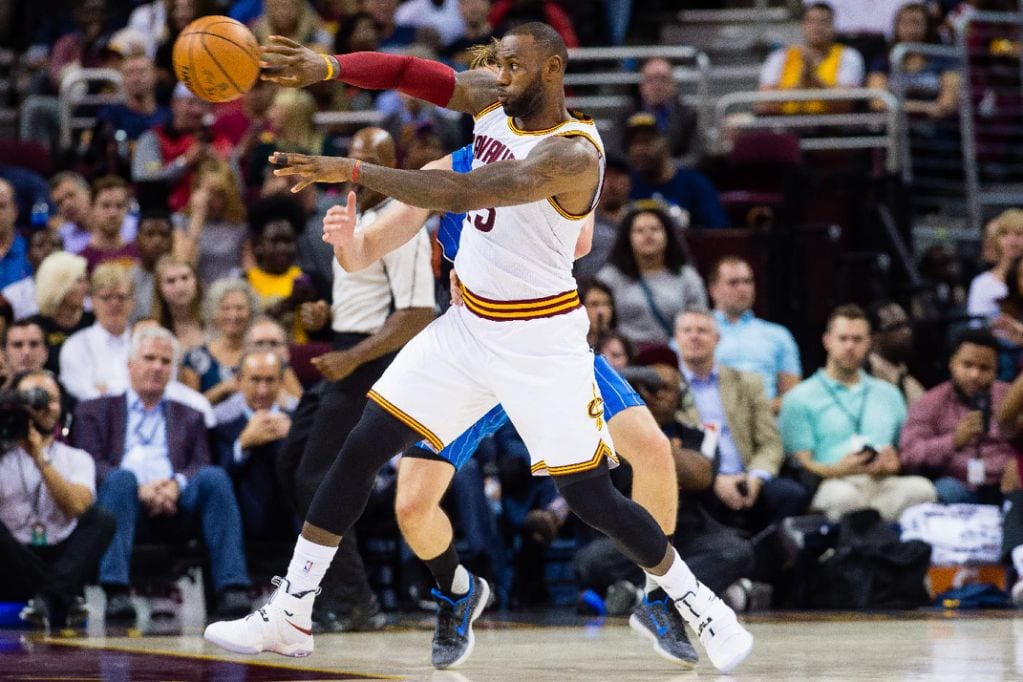 LeBron James and the Cleveland Cavaliers will celebrate their city’s first sports crown in 52 years on Tuesday, raising their championship banner as the 2016-17 NBA campaign opens.

The Golden State Warriors, meanwhile, will welcome superstar forward Kevin Durant to the fold as they set out to avenge their loss to Cleveland in last June’s NBA Finals after coming one game shy of back-to-back titles.

The Cavaliers and Warriors open the season as favorites to play each other in the finals for the third campaign in a row, an unprecedented feat, even as 28 rivals try to fight their way into next June’s title showdown.

Dwyane Wade, Jimmy Butler and Rajon Rondo unite in Chicago, Toronto will try to improve on its run to the last four last season and Russell Westbrook will try to lift Oklahoma City after Durant’s departure.

But the Warriors and Cavaliers have made themselves the teams to beat based on their past two seasons of success, Golden State with a record 73 wins last season and the Cavaliers making the best NBA Finals rally ever by winning the last three games.

“Our mindset going into this year is knowing that the hunter has now become the hunted,” Cavaliers forward Kevin Love said. “So we have to approach every game a lot like the last two years, knowing we’re going to get everybody’s best shot.”

James has played in seven NBA Finals and the past six in a row. He lost his first with Cleveland then split four with the Miami Heat. Upon returning to Cleveland he lost one more before the Cavaliers captured their first to give Cleveland a first sporting title in 52 years.

“I came back to bring a championship to our city,” James said. “I knew what I was capable of doing. I knew I had the right ingredients and the right blueprint to help this franchise get to a place that we’ve never been. That’s what it was all about.”

On Tuesday, four-time NBA Most Valuable Player James will begin the quest to repeat as the Cavaliers open against the New York Knicks.

“It will not be easy, and it shouldn’t be easy,” James said. “In my 13-year career, so far nothing has been easy. So I look forward to the journey and the work that lies ahead.”

Other opening night games find Utah at Portland and San Antonio at Golden State, who added 2014 NBA MVP Durant after coming up short in the playoffs.

Stephen Curry, the 2015 and 2016 NBA MVP, and fellow 3-point sharpshooter Klay Thompson will have Durant, Draymond Green and Andre Iguodala up front.

With the Cavaliers making a deal earlier this month to keep guard J.R. Smith, owner Dan Gilbert will spend a king’s ransom of about $100 million — $6 million above the NBA salary cap — on the Cleveland starting five of James, Smith, Love, Kyrie Irving and Tristan Thompson.

Gilbert, who spent $54 million in luxury tax for going over the salary cap, will spend more for the starters than about half of the league’s teams will spend on entire rosters. Even Golden State with Durant will only have a payroll at about 75 percent of the Cavaliers.

Australia’s Andrew Bogut was sent from the Warriors to Dallas and several top reserves were released to make salary room for Durant.

Other clubs have made moves to try and join the elite. Atlanta signed veteran center Dwight Howard. Wade and Rondo moved to Chicago but the Bulls lost Gasol to the Spurs and Joakim Noah and Derrick Rose to the Knicks.