AFC Leopards head coach Andre Casa Mbungo has challenged his strikers to be more lethal in opponent’s goals, if the team is to get the required momentum for the demanding Kenyan Premier League (KPL) season ahead.

The Rwandese observes every department needs to be at its best, laying more emphasis on the striking force after playing two matches without a goal.

Leopards lost 1-0 to Kakamega Homeboyz in the season opener, before registering a barren draw against Kariobangi Sharks on Sunday against his expectations having reinforced the attack massively in the preseason.

“In football you need to be on top of things in every department, and that’s why we do our best in training collectively. We have not been able to find the back of the net so far and that defines our major problem. We must get it right up-front,” said the soft spoken coach.

Ismaila Diarra, John Mark Makwatta, Whyvonne Isuza and Paul Were are among the key attackers Mbungo has at his disposal, but have labored in vain for over 120 minutes thus far.

The tactician is however happy that his charges are improving match after match in terms of display and creation of chances. 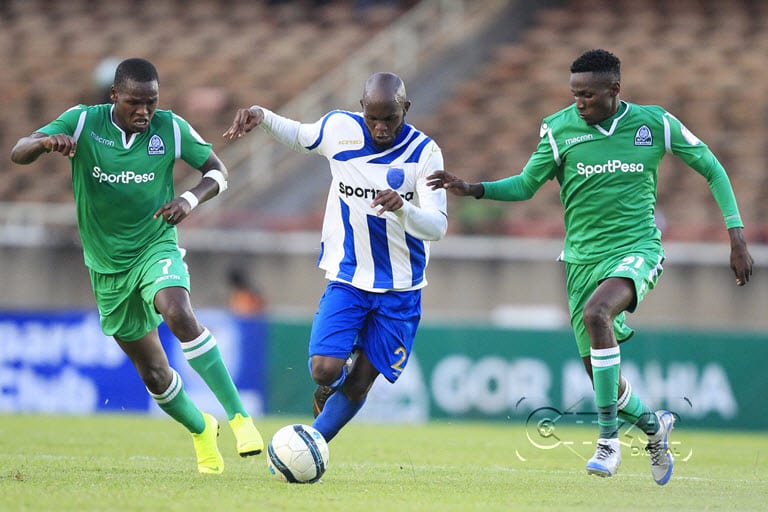 Mbungo has refuted claims that he has promoted his countryman Soter Kayumba to captaincy at the expense of creative midfielder Isuza, in the absence of injured Robinson Kamura.

Kayumba has now led Leopards in the last two matches, with Isuza on the pitch.

“We have been handing Soter (Kayumba) the armbad, even when we were in Bukhungu. Let’s not forget that the captain is Isuza but for the armband that is a non-issue,” said Mbungo.

Ingwe will be hosting Wazito FC at the Bukhungu Stadium in Kakamega this Saturday, in the third round of the KPL matches.

Other matches this weekend