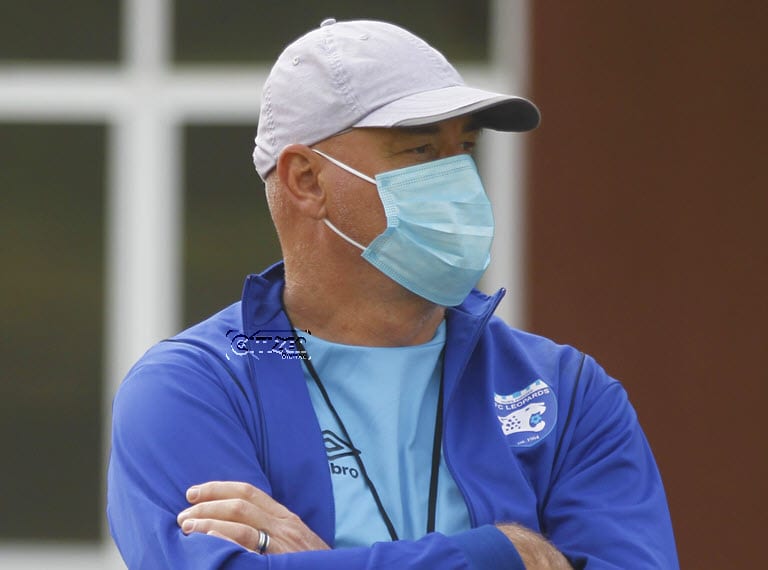 Battle lines are drawn and daggers are out as Kenya’s most successful clubs  – AFC Leopards and Gor Mahia – brace for their FKF Cup final clash at the Utalii Grounds on Sunday.

While Gor’s head coach Manuel Vaz Pinto will be gracing his second Mashemeji derby after a 0-0 draw in the FKF Premier League battle back in February, for the Leopards tactician Patrick Aussems, this is his first.

Both Ingwe and K’Ogalo have missed the June 30 Football Kenya Federation’s deadline threshold for a ticket to CAF Champions League after finishing in third and fourth in that order with Tusker nailing it.

This means that both teams will be wrestling tooth and nail to land the only remaining route to continental football- a second tier CAF Confederations Cup tournament.

Aussems says he has a trick up his sleeve for the upcoming clash against derby rivals with the Belgian rested his key players during Wednesday’s 1-0 loss against Kariobangi Sharks in a clear indicator he will need them running on full batteries.

“You will have a surprise on Sunday. I changed more than 50 percent of my team today regarding the lineup with clear indication to have everyone be involved and everyone to feel and be ready for the final.

“That is why some of my players managed only 50-60 minutes of play today. I’m satisfied because we did not record any injury and only the readiness to the derby is the most important and not today’s defeat,” Aussems said.

Although it being his first Mashemeji derby tie, Aussems notes that he doesn’t care who their opponents are but only has sights on winning.

“When you qualify for the final then the most important thing is to win and not worrying about the type of opponents you are facing.

I only focus on my players and we have played tremendously well in the last two matches- against Wazito and Sharks and I’m happy with what I have seen”, Aussems added.

Will it be the ever Gor Mahia to keep doing what they are used to doing in the Mashemeji derby or Ingwe will be able to silence their noisy ‘In-Laws’?