Lifting the lid: Gor to pay for Two Rivers deal 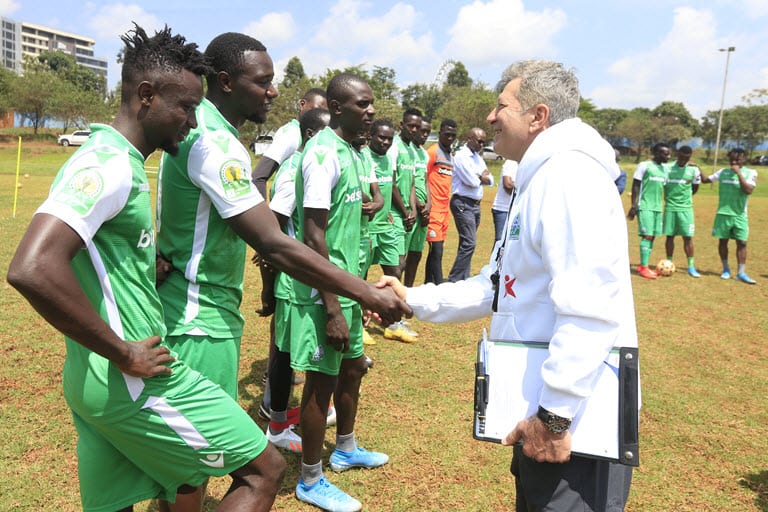 Gor Mahia chairman Ambrose Rachier now says the Two Rivers training ground deal is not for free and the club will pay a monthly subscription fee.

Rachier however says the undisclosed amount is cheaper as compared to the Sh 5,000 they have been paying daily to train at Camp Toyoyo.

“Our agreement with Two Rivers is that we will be paying some affordable amount monthly to use their facility. This is understandable because they have to do maintenance. The payment is monthly and cheaper as compared to what we have been paying in Jericho,’’said Rachier.

The chairman says the new deal comes with a host of advantages from gym facilities to free swimming pool alongside the privacy they will enjoy at the new venue.

Rachier indicated that the agreement is renewable annually and at the end of the season, they will make a fresh agreement.

“In Jericho, since many teams in Nairobi use the turf, training time was limited to one hour and at times the players had to wake up as early as 5am to utilize their one hour,”said Rachier.

The training surface at Two Rivers is natural grass and the club boss believes it will be advantageous to the playing unit since most of the league matches are played on natural grass as opposed to the synthetic turf at Camp Toyoyo.

Meanwhile, the club will however rotate their training venues, depending on the fixture calendar, club secretary general  Sam Ochola has explained.

“The deal we have with the betting firm caters for less than 50 percent of our budget. We seriously need other partners on board so as to make the club firm financially,’’ said Ochola.

Ochola says they have big plans for Gor Mahia and that they are waiting for the resumption of the league even though, up to now, they are in the dark regarding their continental club opponents as the Confederation to Africa Football is yet to communicate on the matter.