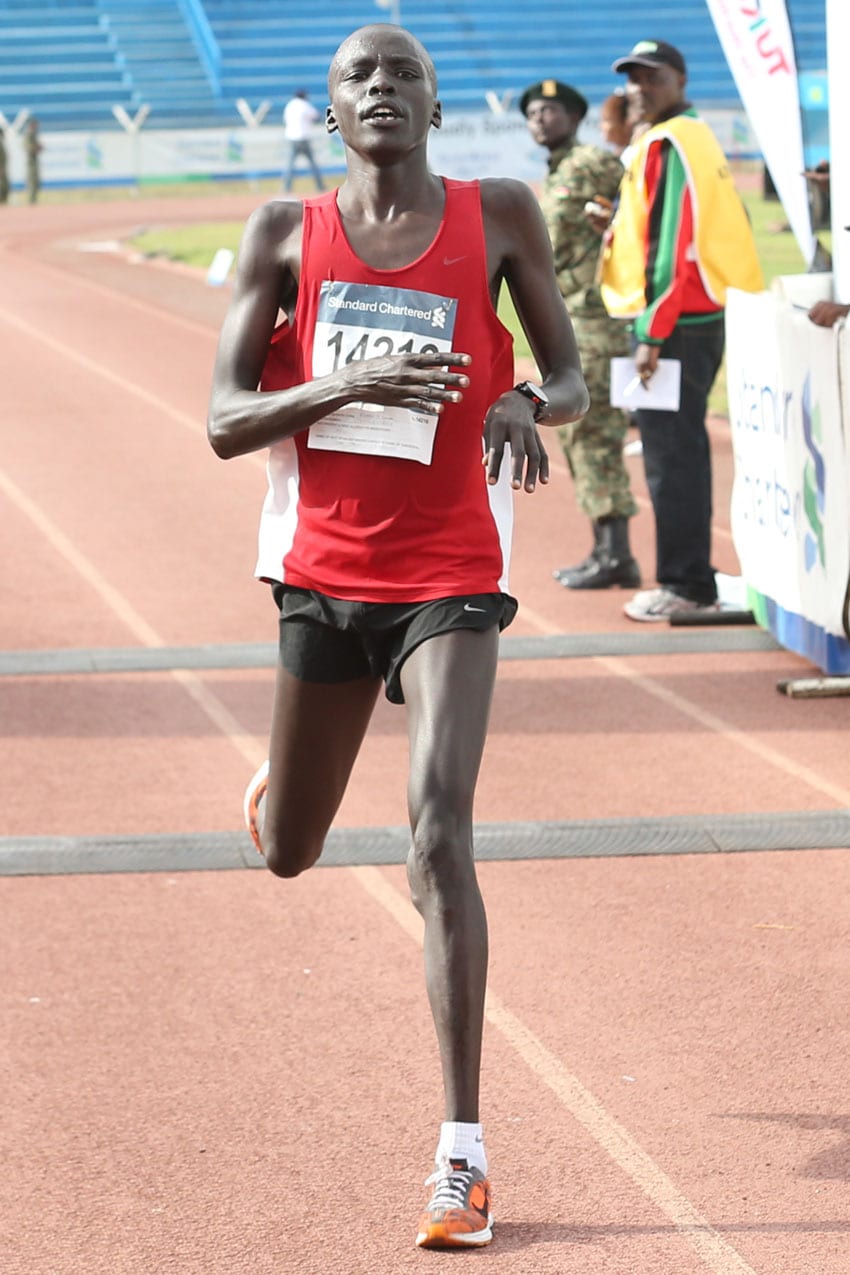 Limaa stunned a collection of more seasoned runners for victory in 1:02:53 with Dominic Kipyegon (1:03:14) edging out the intense fight for second ahead of Kenneth Rotich with the clocks returning 1:03:14 against 1:03:27.

An ecstatic Limaa who trains in Kaptagat lauded the organization of this year’s event saying he was happy to emerge the overall winner.

“I’m happy to win and unlike last year today the race was so nice. I struggled a lot last year where I finished 12th but today, I won. I thank God.

Kipyegon said he was also impressed with his performance after missing last year’s edition due to injury.

“The race was good. Today I’m happy because I had prayed God to help me finish well. I was not even expecting to be number two because I didn’t run last year since I had a hamstring injury, but this is year I said let me try and test my fitness to see whether I will make it and I became number two,” he asserted.

Lombus took the corresponding women’s race in 1:12:26 after dominating the contest to complete her triumph over two minutes ahead of runners-up Ruth Chepng’etich (1:14:13).

“Last year I was number two in 10Km race. This year, I have recorded a big improvement because last year I participated in Family Bank Half Marathon and was number 10. So I am happy with the good results,” Lombus said.

She announced she is going to train for her full marathon debut in Europe on November 27.

Third place went to Peninah Chepchumba with a time of 1.15.13.