Lionesses fall to Spain to exit Olympics without win 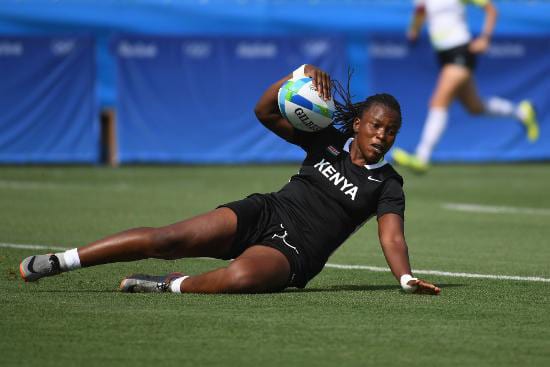 Battling Kenya Lionesses exited the women’s rugby sevens competition at Rio 2016 Olympics without victory when they fell 10-19 to Spain in their last Pool B clash on Sunday.

The Spaniards outscored Kenya by three tries to two with Janet Okello and Doreen Nziwa touching down for the Lionesses with both conversions missed at the Deodoro Stadium.

Spain, in their traditional red with yellow kit, struck first through the experienced Barbara Pla, tearing through after some good handling work. B

But Kenya, in their black kit, hit back through a fantastic score from Nziwa, a really impressive try that brought the crowd to their feet to even the score at 5-5 as they headed for the break.

The second half was tense with both sides attempting to burst through tackles and find the pass to open up the defences – and it was Spain who got the breakthough through Marina Bravo, who touched down twice in two minutes to give Las Leonas a cushion which they should hold on to until the final whistle.

Points matter in this competition and Kenya inched into double figures right on full-time when Okelo pounced on a loose ball to touch down confirmed by the video referee.

Las Leonas of Spain were forced to wait to see whether they’ve secured a quarterfinal place as one of the two best third placed team across the three pool with a points difference of -34.

For Lionesses, their dream of making the last eight evaporated after suffering crushing defeats to New Zealand (52-0) and France (42-7) in their opening two games on Saturday.