Liverpool not thinking about ‘Invincibles’ repeat 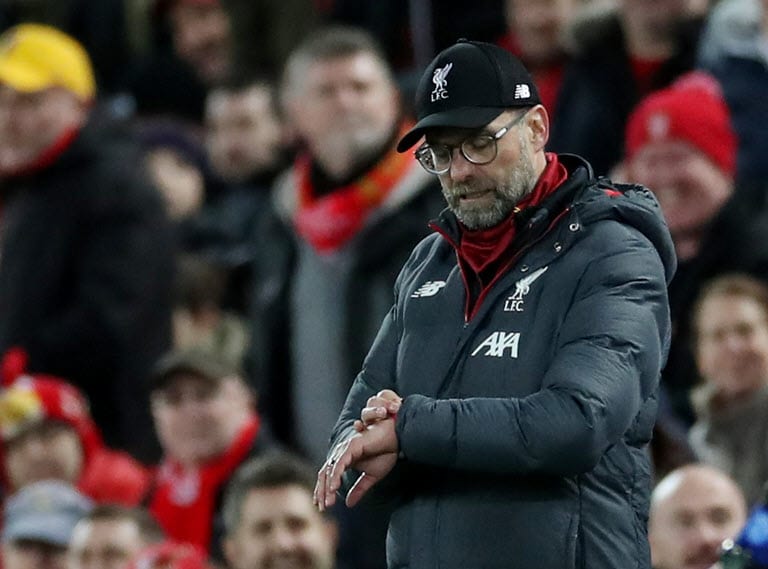 Victory at the Tottenham Hotspur Stadium will take Liverpool’s points tally to 61 from 21 matches, 12 points more than Arsene Wenger’s Arsenal at the same stage in 2003-04 when they completed an entire season unbeaten.

Liverpool are also unbeaten so far this season and 13 points clear at the top of the table with a game in hand, but Klopp said he will not allow his players to get distracted by the prospect of setting new benchmarks.

“The only thing I can say is if we thought about any kind of record, we would not have won the number of games we have won so far. That’s it,” Klopp told a news conference on Friday.

“I think in sport – and you probably have to ask other teams who have done it before – they have never set a record because they wanted to set a record. It just happened because of being focused on each step we make and that is what we have to do.

“My problem at this moment is Tottenham, the way they play, the way we think they will play and all that stuff. That’s the only thing I am concerned about, nothing else.”

Klopp confirmed playmaker Xherdan Shaqiri is fit and available for selection this weekend but ruled out injured midfielders James Milner and Naby Keita.

Meanwhile, Dejan Lovren and Fabinho are expected to resume full training next week.

Brazilian midfielder Fabinho has not played since the end of November due to an ankle ligament injury but Klopp said he is closing in on first-team action.

“Dejan and Fabinho we expect to be back next week in full training.

“That’s obviously good. If that’s then early enough for the (Manchester) United game (on Jan. 19), I don’t know but we will see. They work really hard in the moment and they go really through the paces, so that’s good.”