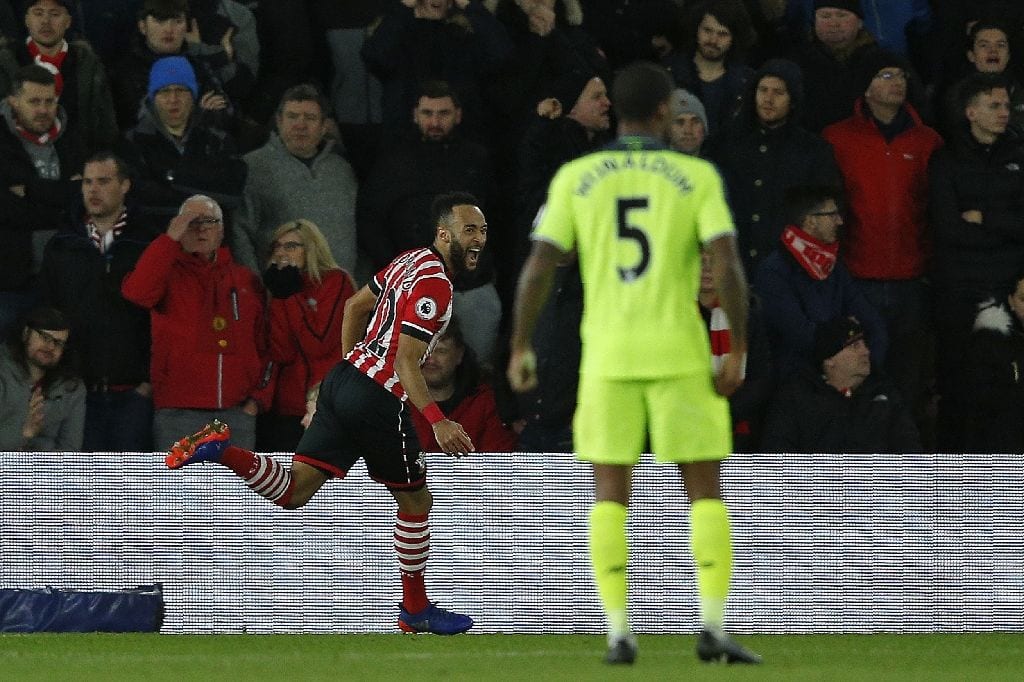 Liverpool’s formidable home record was meant to provide the platform for a tilt at three trophies this season – but Saturday’s surprise 3-2 Premier League defeat by Swansea spoiled that idea.

If Jurgen Klopp’s team are to overcome Southampton at Anfield in the second leg of a League Cup semi-final on Wednesday and reach Wembley, their defending will have to improve significantly.

The shock of suffering their first defeat at Anfield in almost 12 months is still being felt by the club’s supporters, with a run of just two points won from the last nie available damaging Liverpool’s chances of landing a first English league title since 1990.

But for the next few days the Merseysiders’ focus will be on cup football.

The visit of Premier League rivals Southampton – who lead 1-0 from the first leg courtesy of Nathan Redmond’s goal – will be followed by a home match against second-tier Wolves in the FA Cup fourth round on Saturday.

Klopp expects success in both ties; he also expects much better defending from a team who have conceded six goals in their last three league matches.

“We are not happy about the last results,” said the Liverpool manager. “They are obviously not good enough.

“That’s the defending I’m talking about. Everybody’s responsible for everything. We really have to do better.”

Centre-back Joel Matip, a late substitute against Swansea, is in line for a start since December 11.

An ankle injury was followed by an extraordinary eligibility row with FIFA as the world governing body pondered whether he should be barred from playing for his club during the Africa Cup of Nations after refusing to appear for Cameroon at the tournament, which runs until February 5.

With FIFA ruling Matip can play for Liverpool, losing finalists in last season’s League Cup final after being beaten in a penalty shoot-out by Manchester City, he can now compete for a starting spot with Dejan Lovren and Ragnar Klavan.

Southampton head to Anfield with renewed confidence, having ended a run of four straight league defeats with a 3-0 win over champions Leicester City last weekend.

“It’s obviously a massive game for the club and we have to make sure that we’re ready,” said Southampton midfielder James Ward-Prowse. “We all spoke about how we want to play at Wembley and enjoy that, so we’ve got to make sure that we get there now.”

Southampton’s preparations haven’t been helped by an injury to Virgil Van Dijk, the centre-back installed as team captain following the departure of Jose Fonte to West Ham.

“Van Dijk is having a scan and I am waiting for the results at the moment,” said Southampton manager Puel.

“It’s not serious, but I don’t know if he can participate in this game,” the Frenchman added. “We will see in the next days before the game.”

Liverpool’s bitter rivals Manchester United appear to have one foot in the final already.

United travel to Hull’s KCOM Stadium on Thursday with a 2-0 lead after Juan Mata and Marouane Fellaini scored in the first leg at Old Trafford.

Relegation-threatened Hull saw their preparations overshadowed by the fractured skull suffered by midfielder Ryan Mason in a 2-0 loss to Premier League leaders Chelsea on Sunday.

Mason, who accidentally clashed heads with Chelsea defender Gary Cahill, was subsequently operated on in hospital but Hull said Monday he had talked to visitors following his surgery.