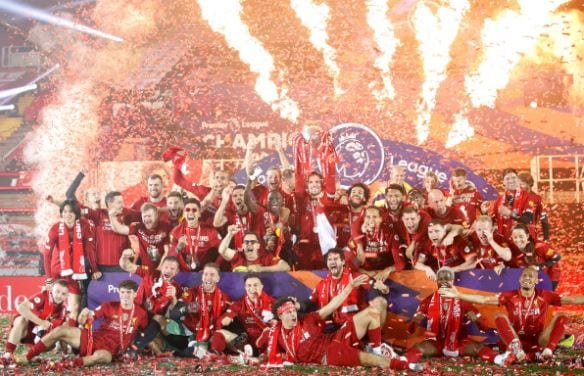 Liverpool will begin their Premier League title defence on Sept. 12 at Anfield, according to a fixture list for the new season, when they play newly promoted Leeds United, who return to the competition for the first time in 16 years.

Manchester City and Manchester United will not participate in the competition until Sept. 19, after they were guaranteed 30 days of rest following the end of their European seasons.

City were due to open their season against Aston Villa and United against Burnley but those games will be moved.

United will now kick off the season at home to Crystal Palace on Sept. 19, according to the fixture list released by the league on Thursday, and City will travel to Wolverhampton Wanderers for their opener on the same day.

Mikel Arteta will begin his first full season in charge of Arsenal with a trip to newly promoted Fulham, while north London rivals Tottenham Hotspur host Everton in the pick of the opening weekend’s fixtures.

Chelsea and Wolverhampton Wanderers’ opening matches are both scheduled for Sept. 14, with the Blues travelling to Brighton & Hove Albion and Wolves visiting Sheffield United.

Juergen Klopp’s Liverpool travel to Chelsea for their second game of the season before hosting FA Cup champions Arsenal.