Liverpool’s transfer window will not be ‘biggest’ – Klopp 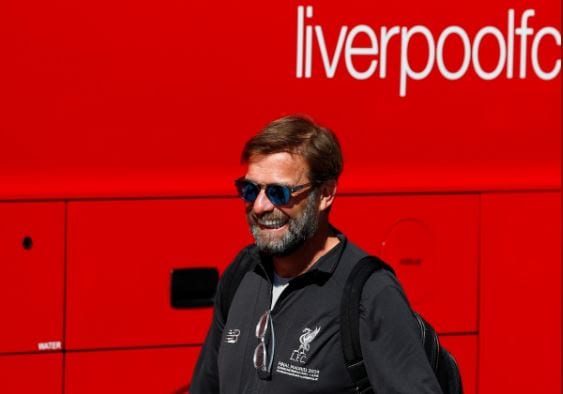 Liverpool will not have a busy transfer window ahead of the new Premier League season, with fit-again Alex Oxlade-Chamberlain and teenager Rhian Brewster set to compete for starting places, manager Juergen Klopp has said.

Midfielder Oxlade-Chamberlain played only two matches last season due to a serious knee injury as Liverpool finished second behind Manchester City in the league but went on to win the Champions League by defeating Tottenham Hotspur in the final.

Brewster is yet to make his competitive debut but the 19-year-old reminded Klopp of his abilities with a brace in a 6-0 pre-season friendly win at Tranmere Rovers on Thursday.

“We brought them in already, only you don’t realise it,” Klopp told reporters when asked about potential signings.

“The transfer market is open until Aug. 8 … we will see what we do but I don’t think it will be the biggest transfer window of all time,” Klopp added.

Klopp reserved special praise for Brewster following the match at Prenton Park, saying the youngster had an important role in the new campaign which kicks off with a home match against promoted Norwich City on Aug. 9.

“Rhian Brewster is a top striker … I’m really happy. He has an important role this year, but how important? It depends on him and we’ll see,” the German added.

“He has to play different positions because the centre is OK, wing is possible, and then we will see how we can line up. There will be opportunities for him, I’m really sure.”