Love it? Ink it: Coach Kerr has Gor logo tattooed on leg 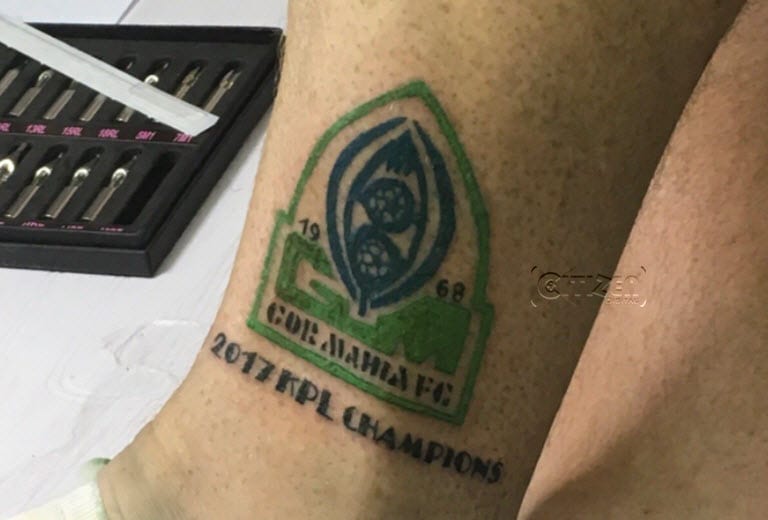 A promise is a debt and Gor Mahia FC Head Coach Dylan Kerr looks like he just paid his.

The Englishman kept his word after promising to tattoo the K’Ogalo logo on his left leg in the event they won the Kenyan Premier League (KPL) title this year.

The famous green badge thus joins that of Scottish Premiership side Kilmarnock FC which he had tattooed in 1997 when he was part of the title-winning, this time as a player.

Kerr helped Gor secure their 16th KPL title with five matches to spare last month following their 1-0 win over Ulinzi Stars at the Kericho Green Stadium and have already hit a record 73 points for the season.

The gesture just poured cold water on reports he might be leaving Gor, perhaps?