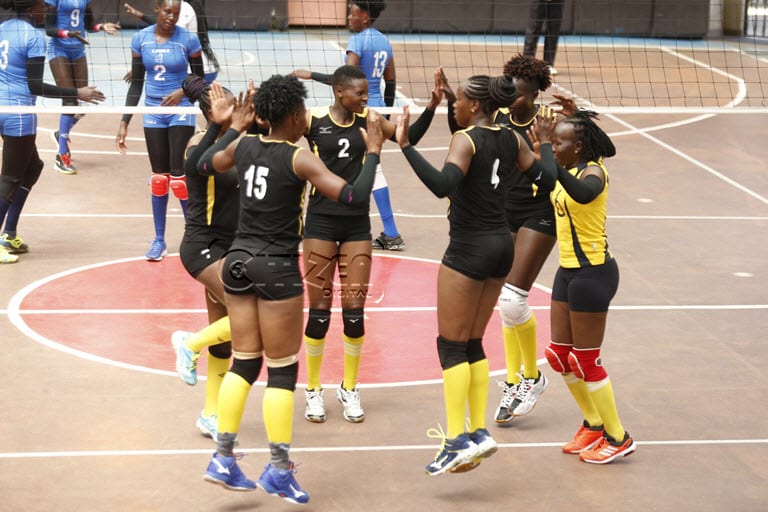 Kenya Prisons head coach David Lungáho remains wary of the growing gap between Kenyan clubs and those from North Africa after the latter teams dominated the women’s African Club Championship for the eighth year in a row.

Carthage and Sfaxien won their semi-finals matches against Kenya Prisons and Nigeria Customs Services respectively Wednesday to set an all Tunisian finals affair on Friday even as Kenyan teams dropped to fight for the classification matches.

Lungáho, who was in charge when Prisons won Kenya’s last title back in 2013 in Mauritius, singled out sports academies as the vital tool Kenya’s opponents are using to widen the gap.

“Our opponents are doing a lot of investments and the fact that they keep on bringing well established players from Europe that also is a massive boost for them. But for Kenya if we’re to go to the next level we’ve to think otherwise and we’ve to build more academies because that’s the area our opponents are beating us,” he said after Prisons were eliminated from the title race by Carthage in straight sets.

Since Prisons’ four-year dominance was ended by Algier of Algeria in 2014, North African teams have not relinquished the title with record-champions Al Ahly SC bagging four times and Friday’s finalist Carthage once.

Lungáho however believes Kenyan teams gave a good account of themselves despite sending second string teams as their top stars are with the national women’s volleyball team currently training under a bio-secure bubble at Kasarani for the Olympic Games.

“I still believe my team and Pipeline would’ve done better had we travelled with the full squad because clearly both teams missed the quality of the players currently with Malkia Strikers,” he added.

Poignantly, Kenya will have to wait for one more year to launch another attempt at ending the jinx at the men’s version after representatives GSU and KPA also crumbled against their North African opponents.

KPA, who were making their maiden appearance at the championship, finished fifth while GSU placed seventh. Hosts Esparence defeated Zamalek of Egypt 3-0 sets to lift their fifth African title.

Prisons will Friday fight for the bronze medal against Nigeria’s Customs of Services while their counterparts Kenya Pipeline will battle for a fifth position finish against Kelibia of Tunisia on Thursday.