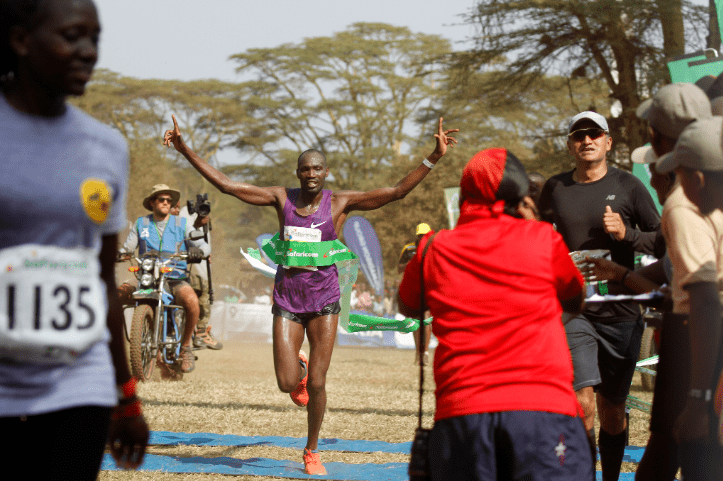 “I have been in training for the past two months preparing for this particular race, it felt like I was running in London, the support was massive.” Kipkurui told Citizen Digital.

“I did not even now that I was leading because I was with the 21km runners but they dropped one after the other until I was left alone,” he added.

The 36-year-old finished third in 21km in 2017 after a nine-year sabbatical from the competition.

“The heat was too much and the track very difficult, following the half marathon runners helped me a lot in increasing my pace.

“I had prepared very well but the race got difficult towards the end now am going back to the drawing board to prepare for the next race,” Kiruki said.

“The competition was stiff but I had prepared well, I wanted to use the race to prepare for the year’s Berlin marathon.” Munene told citizen digital

In the women’s category, fresh from pacing assignment in China Miriam Nakitare won the 21km women’s race in a time of 1:15.11.

“I had prepared well for the race although when I started it was a little difficult but after 10km I saw the weakness in other competitors who could not take the hills easily and that is where I won the race.” Said Nakitare

With the first lady Margaret Kenyatta being the chief Guest she joined over 1400 participants who took part in the event celebrating 20 years since inception on 2000. She took part in the 5km race.