Maiyo set to defend title at Minsk Half 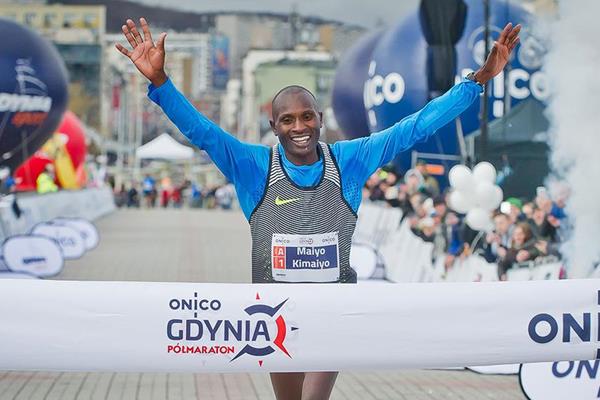 Kenyan Hillary Maiyo will defend his title at the third edition of the Minsk Half Marathon on Sunday.

The 23-year-old Kenyan established the course record with his 1:03:00 run last year, just outside of his 1:02:41 personal best set in Gdynia, Poland, in March 2016. Maiyo has contested two half marathons this year, most recently just five days ago in Pila, Poland, where he won in 1:03:27.

Kenyan Julius Kibet Koskei is also in the field, whose 1:01:21 dates back to 2011. The 35-year-old has won three half marathon earlier this year but with somewhat modest performances, the best of which was 1:04:23 in Fort Worth.

The women’s field will be led by Christine Moraa Oiga of Kenya, whose credentials include a 1:11:50 lifetime over the distance set in Warsaw earlier this year. The 31-year-old clocked 1:15:29 in her most recent outing, finishing second in Pila last weekend.

Belarus will be represented well by 24-year-old Nina Savina, who clocked her 1:11:50 personal best in this race last year, and Nastassia Ivanova, the winner of April’s Warsaw Marathon in 2:28:44.

The field also includes 20-year-old Adawork Aberta, the winner of January’s Khon Kaen, Thailand half marathon in 1:18:14. Sitora Khamidova of Uzbekistan, who clocked a 1:14:19 personal best in April, is also in the field.