The FIVB has selected the Kenya women’s national volleyball team, Malkia Strikers, to participate in a Volleyball Empowerment high performance coaching pilot project in the lead up to the Olympic Games Tokyo 2020.

The FIVB’s revolutionary new Volleyball Empowerment programme, which was revealed during the 37th FIVB World Congress, aims to improve the performance of national teams around the world and provide support which is open to all 222 National Federations, categories one through to five. Part of the programme targets high-level national team performance and empowers these teams with the human and technical resources needed to unlock their full potential. Resources include coaches, trainers, managers, physiotherapists and data analysts.

The Kenya team will train to further enhance their technical performance before their final 12-player squad heads to Japan for the Olympic Games. The project is also supported by the National Olympic Committee of Kenya, Kenya Volleyball Federation, the Ministry of Sports and the International Olympic Committee via an Olympic Solidarity Team Support Grant.

FIVB President Dr Ary S. Graça F said: “We are excited to be launching this Volleyball Empowerment pilot project with the Kenya women’s national volleyball team. This is a fantastic opportunity to not only elevate the technical level of the team ahead of Tokyo 2020, but also create a lasting legacy for volleyball in Kenya and Africa.

“Through Volleyball Empowerment we will reinvest the money that comes from the sport back into the sport. This project is the first of many which will empower National Federations across the globe by equipping them with the tools to improve the level and performance of their national teams. By strengthening national teams, we will help create role models who can inspire the next generation of volleyball players and fans, and increase the popularity of our beloved sport worldwide.”

The Kenya women’s team represent the perfect opportunity to trial this high-performance coaching and knowledge transfer programme. The record nine-time African women volleyball champions are a fast-progressing team who have already earned their spot in Tokyo by going undefeated in the five-team single pool of the Africa qualifiers in 2020. It will be their third appearance in the Olympic Games volleyball event, having previously finished joint eleventh at Sydney 2000 and Athens 2004.

Kenya Volleyball Federation President Waithaka Kioni said: “We are delighted that our women’s national volleyball team has been selected for this pilot project. We are grateful that the FIVB, together with the Kenya Ministry of Sports, National Olympic Committee of Kenya and Olympic Solidarity, will support the team with highly experienced coaches through Volleyball Empowerment.

“Kenya is honoured to represent Africa at the Olympic Games volleyball competition this summer, and their performance has the potential to inspire future generations of volleyball players and fans in Africa. We believe this project will have a positive impact on the development of volleyball in both Kenya and Africa, both in the short-term ahead of Tokyo, and also beyond this in the next Olympic cycle.” 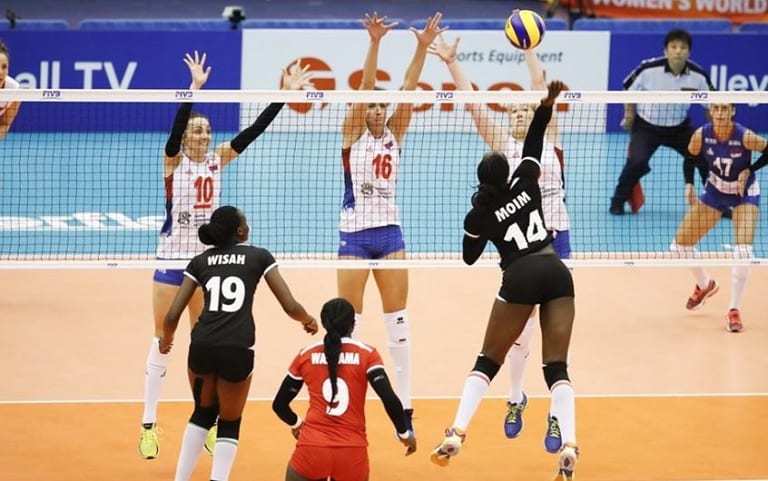 Mercy Moim, captain of the Kenya women’s national team, said: “This is an incredible opportunity for all of us to develop our volleyball skills with elite coaches. We will put maximum effort into every single day of the training camp in Kenya to ensure we learn as much as possible in the coming months. We are all very motivated to reach our full potential and challenge some of the best national teams at Tokyo 2020.”

In addition, the FIVB will launch a series of webinars in the coming weeks for all 222 of its National Federations to learn more about Volleyball Empowerment and how they can get involved and contribute to the development of the sport in their countries and worldwide.