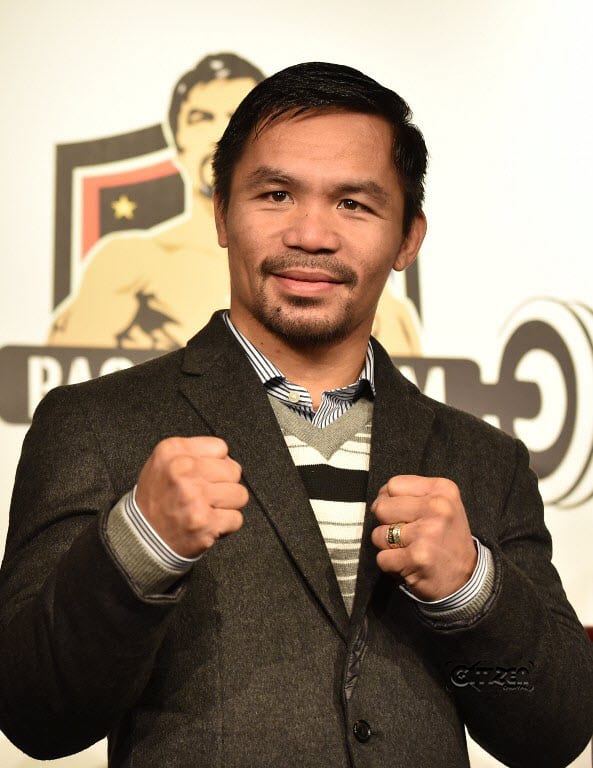 Philippine boxing hero Manny Pacquiao on Thursday said he was “in negotiations” to face British fighter Amir Khan, after weeks of conflicting reports over his next bout.

“My team and I are in negotiations with Amir Khan for our next fight. Further announcements coming soon,” Pacquiao, 38, said on his official Twitter feed.

Pacquiao’s post follows various accounts from different sources over who he will be facing next and where the fight will be held.

Last month, Pacquiao’s American promoter Bob Arum was widely quoted as saying the Filipino would next face Australia’s Jeff Horn in April, although Pacquiao’s aides insisted nothing had been confirmed.

A business adviser of the fighter nicknamed “Pac-man” said  this week that his next opponent would “most likely” be Khan in Dubai, but other aides declined to comment.

Pacquiao, the WBO welterweight champion, tweeted on February 11: “See you in UAE for my next fight. #TeamPacquiao”.

He also posted a poll on his Twitter feed asking his 108,000 followers to choose either Horn, Khan, American Terence Crawford or Briton Kell Brook as his next opponent.

The poll has since been taken down.

Pacquiao announced a brief retirement last year but made a successful comeback against Jessie Vargas in Las Vegas in November, saying he still felt like a youngster.

Pacquiao initially said he was retiring to focus on his new role as Philippine senator, after winning elections last year on the back of his sporting fame.