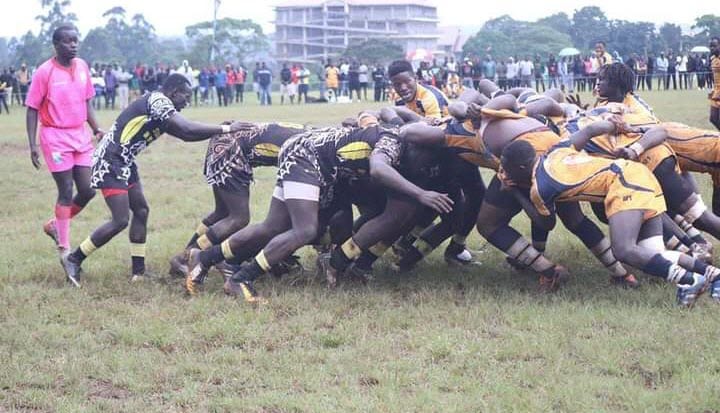 Menengai Oilers head coach Gibson Weru is targeting the Kenya Cup play-offs after his side rose to third on the log over the weekend.

Oilers lost a chance to move to second place after missing out on a bonus point against varsity side MMUST after a 24-10 win to be level with Kabras Sugar but they are separated by point difference – with Weru optimistic to make it to the play-offs.

“We have a long week and we will work on the mistakes we did in our last match. There are so many areas we have to work on and I am sure our team want to make it to the play-offs… that’s our main goal and see how far we can go from there,” said Weru.

Weru added that: “We worked hard to win since MMUST played a good game and this helped us identify places we should improve and work hard so that we can be able to compete with the top teams.”

The former Simba scrumhalf says they have enough time to train with Kenya Cup taking a break to allow the national Under-21 known as ‘Chipu’ play in the Barthes Cup.

“We have enough time to train since Chipu will be in action at the weekend then we resume next weekend and take another break to allow the national 15’s side play in the world cup qualifiers,” explained Weru.

He went ahead to explain that teams with players in the national team won’t have rough time since there will be no action when they will be playing – only problem will be coordination of play from playing for the national team to club level.

The league is expected to take a break this weekend to allow the national Under-21 side to participate in the Barthes Cup against Namibia.

After round four of Kenya Cup defending Champions KCB RFC are at the top of Kenya Cup standings with 20 points five points ahead of Kabras Sugar who have played three matches.

Curtis Olago charges got a bonus point against Nondescripts demolishing them 39-08 over the weekend to surpass Kabras who were not in action but played a friendly match against the national 15’s side defeating them 23-15 at the RFUEA Grounds.

Nakuru based side Top Fry Nakuru sit fourth with nine points despite losing 23-15 at home against Mwamba RFC losing the pace of top three finish.

Kenya Harlequins are tied with Top Fry Nakuru. The Ngong road side has now played five matches losing three, winning one and drawing one.

Varsity side Blak Blad are sixth with seven points while Mwamba RFC are seventh after they got their first win in 2021 after defeating Nakuru 23-15.

Western Based MMUST have dropped to position eight on four points while Leos climb to ninth after getting their first points this season.

Impala Saracens and Nondies are at the bottom with one point and no points respectively.