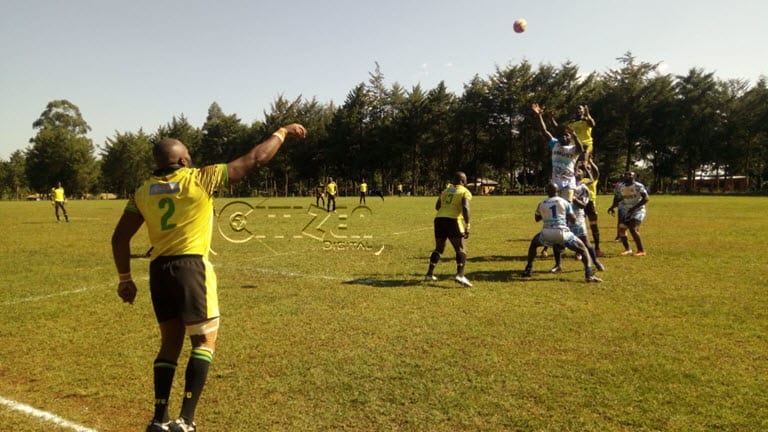 Newly promoted Kenya Cup side Masinde Muliro University of Science and Technology (MMUST) are determined to retain their top tier status despite the rough start in the division that saw them suffer a 56-00 hiding at the hands of a charged Kabras Sugar RFC.

MMUST head coach Ochieng Ayala who watched in disbelief as his side was steamrolled at their home venue, the Kakamega showground, says they’ll give everything to safeguard their new found status.

The students joined the top tier barely three weeks ago in the playoffs.

“We’ve learnt a lot from our loss against Kabras and we’re also going to meet opponents who’re almost our equal and we’ll use the experience we got from that match,” said Ochieng.

“But you know we’re not looking at it in terms of one match; we want to stay in that league and we want to make a serious point so for us it is a learning process,” added Ayala.

“We’ve never been in the top tier before so we’ve come in with our ideas which according to me we’ll succeed, so if our ideas work MMUST is going to become the next big thing.”

The varsity side will battle it out with Top Fry Nakuru this weekend with Ochieng optimistic of winning the contest.

“As we approach them we’ll really not mind or care about the match they won against Kenya Harlequins because that was Quins, I’m sure MMUST is a different team and we’ve something different,” explained Ochieng.

“For the time being my concern is how my boys play and I’m sure we’re going to show the difference and win that match,” he added.

Ayala is confident his charges will improve as they play more games.

“You know we were just playing championship the other day and this is the Kenya Cup which requires a very high level of concentration throughout, we had lapses here and there and we want to work on those weaknesses,” Ochieng clarified.

MMUST are last in the KRU standings without a point while Nakuru sit fourth with four points.