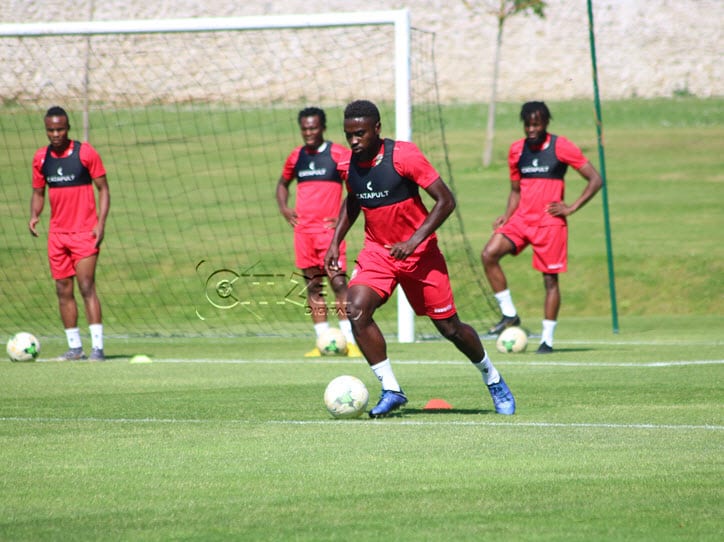 Former Gor Mahia captain Musa Mohammed has admitted that playing for the club prepared him well for his first professional stint with Zambia’s Nkana Red Devils.

Mohammed played for the Kenyan Premier League (KPL) champions for 10 years, the last one-and-a-half year serving as the club captain before joining the Zambian outfit in July 2018.

“Gor Mahia is a big team with a huge number of fans who are always pushing you to perform better day by day. If you have played for Gor Mahia you can play for any club anywhere,” he said.

Mohammed was however quick to point out the difference in management styles of the two clubs, noting that Nkana is run in a more professional manner where player’s welfare takes precedence.

“The fact is, it is much better playing here in Zambia. The club officials treat players well and everything that you have agreed on is given. In other words, everything is run and managed in a professional manner compared to at Gor Mahia,” he stated.

He further revealed that it did not take him long to settle in Zambia considering the high number of Kenyan players featuring in their league.

“It was easy for me. Before traveling to Zambia, I had been in touch with a number of Kenyan players and they gave me advice on what to expect. By the time I got there it was easy to settle in quickly, “he affirmed.

Mohammed who also featured for Harambee Stars in last year’s Africa Cup of Nations finals held in Egypt remains motivated by the good preparations the team underwent prior to the tournament, including a high-level training camp in France.

“It has left me with a desire to want to go back to the competition next time. The planning for all the matches were excellent and standing toe-to-toe with established players in the tournament was a big plus for most of us.”

Regarding the huge bonuses, he said:” I have never received such kind of money while playing for Harambee Stars. It has never happened before and it remains such a big motivation for us to want to go back to the tournament.

“The money helped me to establish myself in many areas and also to complete some projects I had started. My wish is that we can continue to manage our affairs in such a professional manner as it benefits everyone.”