Momanyi asks to leave in fresh blow for Gor 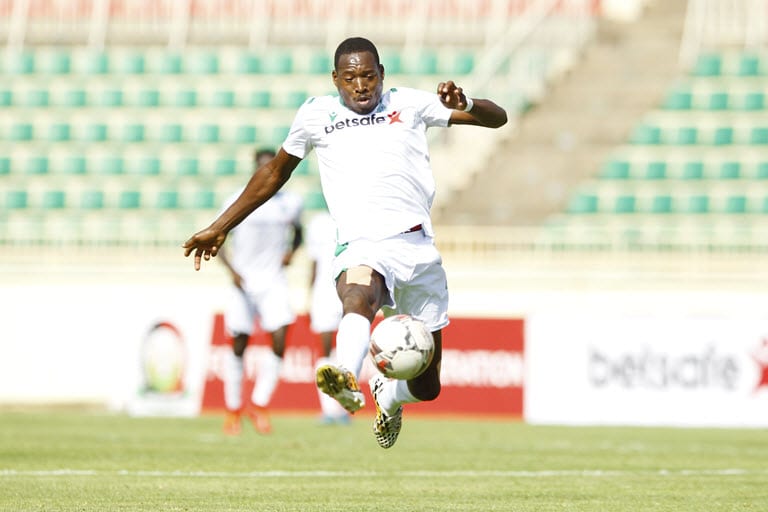 Gor Mahia FC defender Charles Momanyi has written to the club asking for a release, the club’s chairman Ambrose Rachier has confirmed.

Rachier says they will engage the player over talks for a possible renewal of his contract but added he will respect his decision if he pressed for an exit.

“Yes Momanyi had written to us requesting to leave but we will engage him and see if he can agree to stay. It will all depend on his final decision,’’ Rachier said.

Momanyi’s exit rumours, now confirmed, had linked him to Tusker FC and KCB FC. He joined Gor in 2018 and has been a solid presence in the club’s central defence.

The development comes barely a week after midfielder Kenneth Muguna confirmed he was parting ways with the Kenyan champions at the end of July.

Muguna, who has been one of Gor’s brightest stars, has a pre-contract agreement with Tanzanian giants Azam. Rachier insisted his exit had been reached on a mutual agreement.

Gor are facing dire financial constraints that have seen them part ways with head coach Carlos Manuel Vaz Pinto and their qualification for the CAF Confederation Cup appears unlikely to prevent further exits.

Those woes have transcended on the pitch with the champions now going five league matches without a win and having fallen 15 points behind the title race.

‘Stand-in coach Sammy Omollo ‘Pamzo’ hinted in an earlier interview that they had lost hope of retaining their record title this season. He also gave Muguna his blessings as he left the club.

“I can for sure say it is not possible to finish top this season. We lost it all when we slipped against Tusker. Our focus now is on the Continental show-piece”