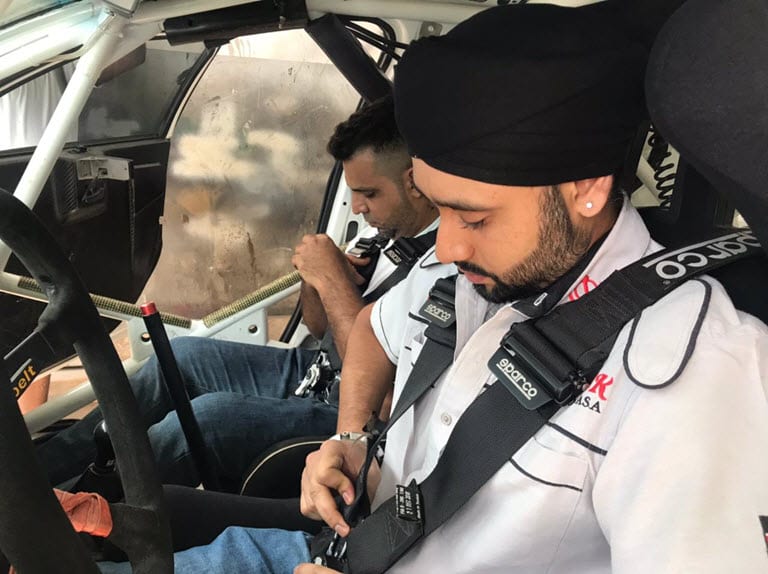 The two times KNRC S Class champion is among the four drivers representing Mombasa in the prestigious event which was first held in 1953 to celebrate coronation of Queen Elizabeth II.

Despite sponsorship challenges, Sohan is determined to achieve his dream of driving an R5 rally car which is a step below the we car.

“WRC has been away for more than 18 years and it’s quite exciting for it to be back. It’s not like the normal rallies, so we are trying our level best to be prepared. It does require a lot of preparations and corporate support,” said Sohan who won the S class championship in 2018 and 2019. He also clinched KNRC Division 2 in 2018.

The Safari Rally will double up as a round of KNRC which has now reverted to  nine rounds following inclusion of ARC Equator Rally.

“In 2018 when I starred in my debut season, I secured a Group S Championship and defended it in 2019. In 2018, I was also one of the youngest drivers in a debut season to win a double. Corporate sponsorship has always been hard to find but I thank KCB Bank who made it much easier for us drivers to do rallies and played a big role in bringing the WRC back to Kenya,” Sohan said.

The 27 year old says it’s an honour to represent his Mombasa County, and with such few drivers from 001 region, it’s a completely different feeling from the Safaris we usually do.”

“This one has a lot more preparations as we are required to do longer runs. We’re nevertheless 95 percent ready in our schedule. Our car has conformed to FIA standards.”

Sohan has driven a GroupS Subaru for two seasons and in KCB Autocross events.

“The Evo is a completely different drive as it has more torque and better acceleration. I’m coming to grips with the car. I’m hoping to get good backing and a good amount of sponsorship to realise my full potential in the sport. We’ve been lacking sponsors and this was the reason why we skipped Equator Rally. I wish to urge the corporate world to support younger drivers. Many people shy away from rally team sponsorship due to the expenses involved but I would like to urge them to embrace the uniqueness of the sport and believe in us youngsters.”

“The 2021 rally season has been very difficult for us. I would say Sohan is one of the fastest young drivers in Kenya at the present: There is a lot of talent and we want the talent to be harnessed.

“We have been self-sponsored since I started in 2018, but for this Safari we are thankful to a few companies which came forward to support our course. This only covers Safari and after the event we will be back in square one so after that we can hopefully attract sponsors,” Adnan explained.

KCB Bank Kenya is the official financial partner of the event with Toyota Kenya also making the growing list of corporates supporting the event.