Moraa seeking to end the season on a high 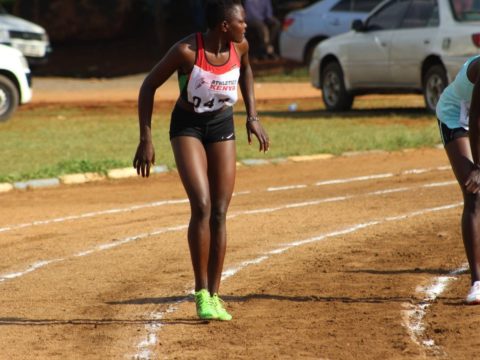 Mary Moraa will be aiming to close the 2021 athletics season with a win at the Kip Keino Classic Continental Tour event slated for Saturday at the Kasarani Stadium.

Moraa who made a switch from 400m to the 800m race said she is happy with her progress in the two-lap race having made her debut at the Olympic Games in Tokyo last month where she made it to the semi-finals.

Furthermore, she also made her maiden appearance at the prestigious Diamond League series at the Brussels meeting a fortnight ago.

“I can say I am content with my progress so far. Remember it was my first time competing in the Olympics and I made it to the semis. I am confident I will improve in my next appearance. Similarly, making my debut at the Diamond League was a dream come true and I hope I will do much better in the coming season,” said Moraa.

The 21-year-old will battle it out with a strong field on Saturday including the world 800m champion Halima Nakaayi of Uganda, Chanelle Price of USA, Worknesh Mesele of Ethiopia and Deborah Rodriguez of Uruguay.

Also in the mix are the Kenyan trio of Eglay Nalyanya, Vivian Chebet and Naomi Korir.

With the Kip Keino Classic being the final leg of the Continental Tour Gold series, Moraa will be hoping to hit her target of one minute and 57 seconds as she gears up for the upcoming season.

“My target has always been to hit 1:57 and so far I am still working hard to achieve that. I was still new in the discipline but I hope next year I will have more success. After Kip Keino, I will have a small rest before I commence preparations for next season,” said Moraa.