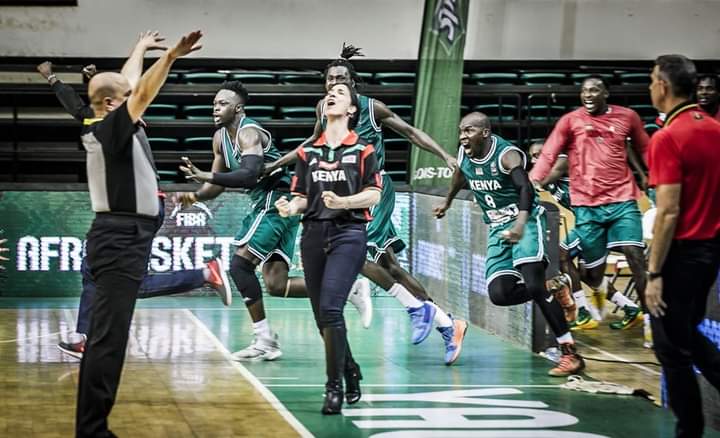 The national men’s basketball team head coach Liz Mills has urged women to take up leadership roles in the society in order to strengthen their foothold and further increase their numbers in ‘challenging environments’.

By qualifying for the championship, Kenya’s Morans will battle it out for the continental honour with other African giants and Australian Liz Mills believes there is every reason for the girl child to aim higher.

“Women can do anything and we should not put limitations on ourselves. If you want to be a doctor, an astronaut, you want to be a head coach you should be out to do anything you want and our generation will continue to break barriers and the young girls can dream of doing anything,” said Liz.

The coach was previously in Nairobi in 2015 when she engaged in coaching programmes as well as working with the university league but has generally been in the continent since 2011 after graduating with a degree in Sports Science and Sports Management in 2008.

“Women in leadership roles is starting to rise and hopefully we will see it coming through with regards to sports. We have seen it in the NBA with assistant coaches but we are yet to see female head coaches in club teams, so hopefully I can inspire federations to think twice about hiring people who are qualified and experienced regardless of gender,” added Liz.

It was only last year that American Natosha Cummings-Price made history by becoming the first female head coach at the helm of a senior national team in Africa women’s basketball, leading Cameroon to a 10th-place finish in the 12-team Fiba Women’s AfroBasket in Dakar.

A number of women have coached their countries’ youth teams, but that’s where their coaching ambition ends. But now Mills has broken the yoke.

She already has her place in history. After serving as an assistant coach at Patriots in Rwanda last year, she was last month appointed head coach of the Morans, the only woman head coach of a men’s team, and has already earned her stripes in the role.