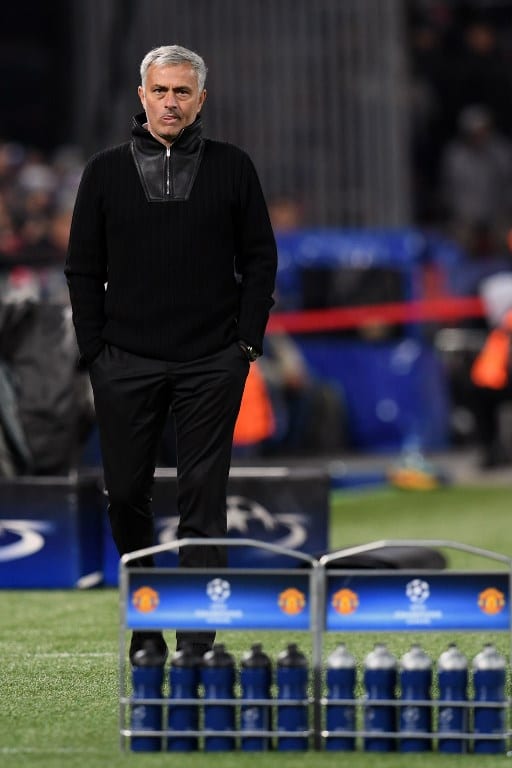 He has twice stunned Old Trafford into silence on Champions League nights, but as Manchester United make their competition return, Jose Mourinho’s obligation is to make the old stadium roar.

In 2004 his Porto side sensationally eliminated United in the Champions League last 16 and in 2013 he returned with Real Madrid to bring the curtain down on Alex Ferguson’s European exploits in the Old Trafford dug-out.

The Champions League has always been the competition in which Mourinho has defined himself and he has already been talking up his chances of surpassing Ferguson’s record as the competition’s most experienced manager.

“I know that I am in the top five or six. I’m quite far, especially from the top one, but I will fight hard to go for that record,” said Mourinho, who has overseen 133 Champions League games to Ferguson’s 194.

“The Champions League night is a unique experience for everyone. I have some players without that great experience.

“I think it will be fabulous for them and the fans to be back in the Champions League and to have the initial three matches to be played at Old Trafford, I think is fantastic.”

The Old Trafford crowd’s first encounter with their current manager in March 2004 exposed them to the full force of Mourinho the provocateur.

He raced down the touchline, coattails flapping behind him, when Costinha’s late goal took Porto through at United’s expense, before witheringly proclaiming that Ferguson’s side “should be doing a lot better”.

Nine years later, the Mourinho who took his seat in the dugout was an altogether more conciliatory figure.

He later claimed he already knew about Ferguson’s impending retirement at that point and his unusually diplomatic comments before and after the game suggested a desire to ingratiate himself with United’s fans and board.

“The best team lost,” Mourinho said after a 2-1 win for Real Madrid in the last 16 that hinged on a contentious red card shown to United winger Nani for catching Alvaro Arbeloa with a high boot.

But rather than Mourinho leading United into the next campaign, it was the hapless David Moyes, who managed to steer the club to the Champions League quarter-finals even as the wheels fell off domestically.

United’s toils under Moyes and then Louis van Gaal mean Old Trafford has not staged a Champions League knockout game since April 2014.

They rediscovered the winning feeling in Europe under Mourinho last season by triumphing in the Europa League, but it is the Champions League where both he and United feel they belong.

Mourinho, 54, dreams of becoming only the third manager to win three European Cups, after Bob Paisley and Carlo Ancelotti, and the first to do so with three different clubs.

But his stock in the competition has dipped since his second success with Inter Milan in 2010, the Portuguese having failed to go beyond the semi-finals in his three years at Madrid and two-and-a-half-year second stint at Chelsea.

Both he and United also have reason to be wary of their first Group A opponents Basel, who visit Old Trafford on Tuesday.

Four years ago, the first Champions League game of Mourinho’s second Chelsea tenure culminated in a surprise 2-1 home defeat by the Swiss club.

Chelsea, like United now, were the defending Europa League champions.

Two years previously, United crashed out of the Champions League in the group phase after a 2-1 defeat at Basel’s St Jakob-Park stadium that was compounded by a gruesome knee injury sustained by captain Nemanja Vidic.

With Basel having avoided defeat on their two previous visits to Old Trafford in 2003 and 2011, Mourinho already has a score to settle.