Mueller can imagine life after Bayern 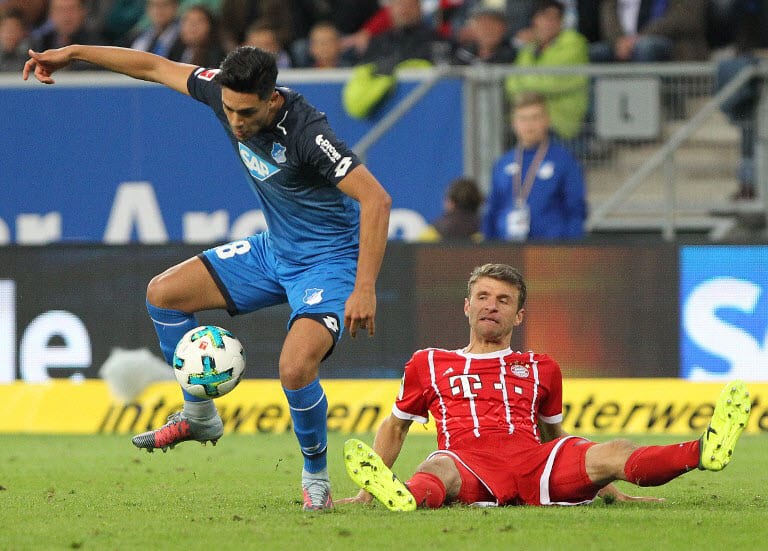 Mueller set up two goals for Germany in their 6-0 rout of Norway last Monday in a World Cup qualifier, but produced another poor display on the wing for Bayern in Saturday’s 2-0 league defeat at Hoffenheim.

It was his 400th appearance for the German giants.

He struggled for form in front of goal for the Bavarians last season under head coach Carlo Ancelotti and bemoaned being benched for Bayern’s 2-0 victory at Werder Bremen a fortnight ago.

Despite having been at Bayern since he was 10, Mueller pointed to the example of ex-Germany captain Bastian Schweinsteiger, who left for Manchester United in 2015 after 16 years with the Munich giants.

“Of course it is imaginable,” Mueller replied when asked by magazine Kicker if he could ever contemplate quitting Bayern.

In February, a Bayern official revealed the club had turned down an offer of more than 100 million euros (£90mn, $119mn) from Manchester United for Mueller before the start of last season.

Mueller’s comments may well alert any of Europe’s top clubs looking to boost their attack.

“Someone like Schweinsteiger was here for over ten years and now he has been gone for two years and someone else is here.

“It would be just the same for me.”

Mueller also had a pragmatic view on life at FC Bayern.

“If I fall down dead tomorrow, then there will be a funeral, but next weekend there will be 11 players on the pitch. That’s life.”