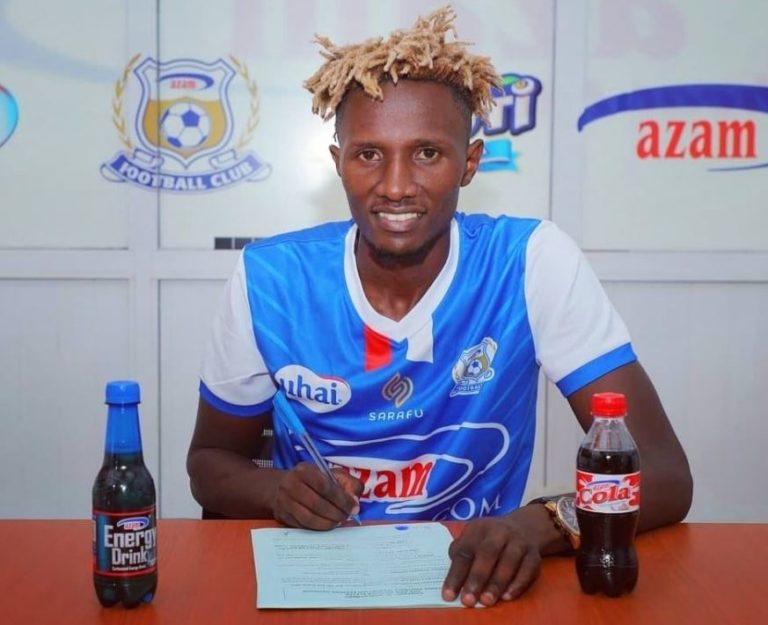 Speaking after penning down a two-year contract with the club, the former Gor Mahia midfielder said that he had to talk to Mieno who previously played for Azam and assured him that he will enjoy his time as the team is run professionally.

“When Azam approached me last year I had to talk to Mieno who was here sometime back and he advised me to take the challenge,” said Muguna.

Mieno who is on his second stint with Tusker FC played for Azam on loan from Sofapaka in 2013 before joining AFC Leopards.

Muguna added he believes he will settle in fast and help the club achieve its targets for next year.

“I know it won’t take me long to settle in my new club if I will work hard and prove my worth.”

He was the Most Valuable Player in the just concluded FKF Cup guiding Gor Mahia to the confederations cup after missing out on the Champions league slot.

He had also won the KPL most valuable player of the league in 2016 when he was playing for Western Stima.

The attacking midfielder had also played for a short period for Albanian side FK Tirana which was coached by former Gor Mahia tactician Ze Maria.

The Dar-es-Salaam based side has already acquired four new signings ahead of next season where they will participate in the CAF Confederations cup.

Zambian duo of Charles Zulu and Rodgers Kola as well as Tanzanian Edward Manyama were unveiled earlier in the week.