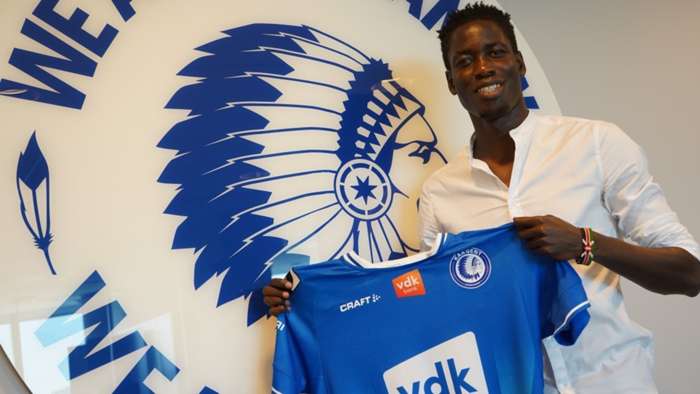 Veteran coach Twahir Muhiddin has backed Harambee Stars defender Joseph Stanley Okumu to shine in his new club KAA Gent, which he has joined on a four-year contract from Swedish side IF Elfsborg.

The lanky centre-back, who has had a steady rise from Kakamega High School where he was a teammate to Harambee Stars left-back Eric ‘Marcelo’ Ouma, to the current Belgium giants where he was unveiled on Monday.

From school, the 24-year old joined Chemelil Sugar, then Free State Stars of South Africa, which opened the door to his move to America where he featured for Real Mornachs before the famous move to Elfsborg in 2019.

It is the steady development that Muhiddin, currently Harambee Stars assistant coach, says it only hints what to expect of Okumu at Gent.

“I’m excited about the move because it is a personal advancement for a young player and a plus to Kenya’s football family. Belgian league is among the top leagues in Europe and looking back at his journey, consistency and hard work have earned him the opportunity.

“However, that should not be the end for him. I know he has a big vision which he must keep chasing, so he must not rest on his laurels,” Muhiddin said.

The physical presence Okumu brings into the game, according to the soft-spoken coach, is one of the attributes foregrounding among his peers.

“He is a good reader of the game, easily cuts the arrow passes of the opponents and is very good in one-on-one situations. It is amazing how he keeps the composure even in high intensity matches. Definitely, if he keeps learning with humility, he will shine at Gent and beyond. I only pray that he will stay fit to exploit his full potential,” explained Muhiddin, who also coached former Harambee Stars captain Robert Mambao and John ‘Mo’ Muiruri – the first Kenyans to feature for the side in early 2000’s.

With the national team he coaches alongside Ken Odhiambo and William Muluya under head coach Jacob ‘Ghost’ Mulee in mind, Muhiddin says Okumu’s rise will reflect in the team. 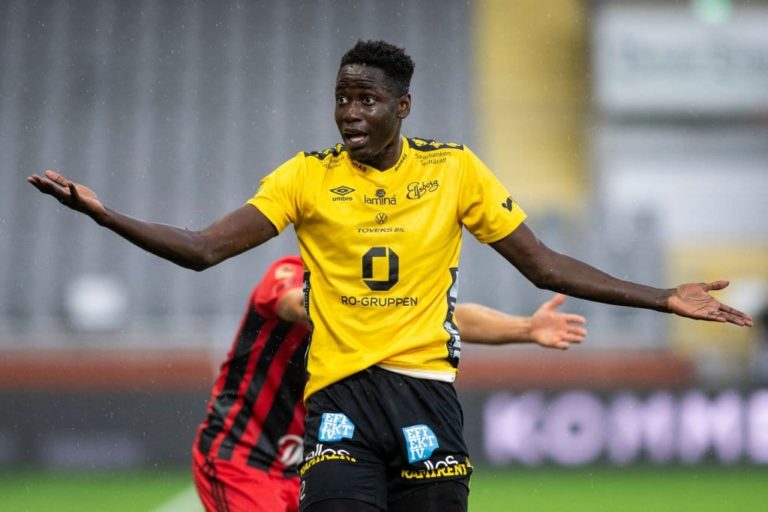 “Kenya has recently produced quite outstanding defenders, playing in foreign leagues and also locally. Every coach wants variety, and when you have players growing like he (Okumu) is you know there is strength in the team. Shining in Belgium will also mean more opportunities for potential Kenyan players so he should be a good ambassador,” he noted.

It was during the 2019 African Cup of Nations (AFCON) under Sebastian Migne, Okumu shone brightest in Kenyan colours having been drafted in as a late replacement for Joash Onyango and Brian Mandela who were injured just before the tournament.

His calmness, hard work and aerial ability was key to stopping to strikers of the eventual finalists Senegal and champions Algeria, although they still got better of Stars in the group stage.

Okumu’s move is said to be in the region of Sh.430 million, with Gent’s Sports Manager Tim Matthys terming the newest member as a “great central defender.”

“Joseph is a great central defender who will also add footballing ability to our defence. He has a very good vertical passing and it is no coincidence that he has attracted the attention of many clubs. We are glad he chose us,” Matthys said in a statement.

Before the move, Lorient, Reims (French League 1), Celtic, Rangers (Scotland) and FC Midtjylland of Denmark were among the clubs which sought for his signature.