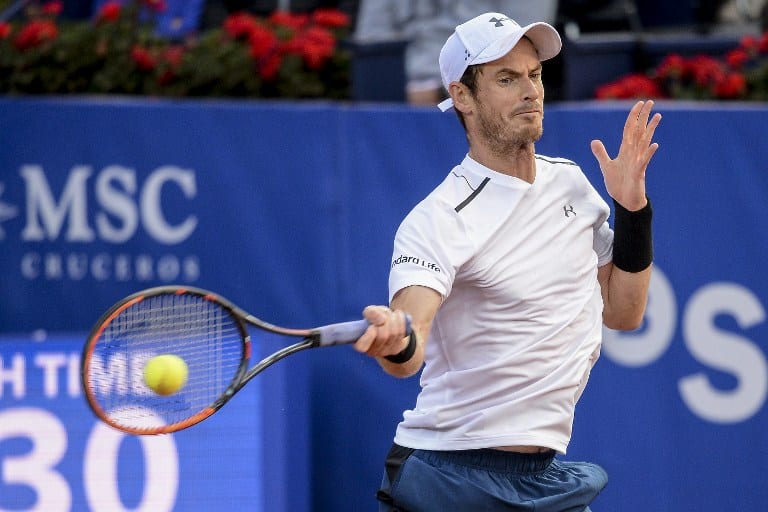 Andy Murray made it 11 wins in 11 meetings with Feliciano Lopez while Rafael Nadal racked up a 50th win in Barcelona as the two Grand Slam heavyweights reached the last eight Thursday.

World number one Murray, playing his first match of the week after Australia’s Bernard Tomic scratched from their scheduled opener with injury, downed Lopez 6-4, 6-4.

His win in one hour and 49 minutes extended his perfect record over the left-handed Lopez to 11-0, a run which now includes two wins on clay.

Murray will next face 10th seed Albert Ramos-Vinolas, the player who shocked him in the Monte Carlo Masters third round last week.

“I was happy to play today. It was nice to get through and have another match tomorrow,” said Murray.

“I didn’t feel so good at the start, but I played good tennis in some of the important moments today.”

Nadal moved closer to a 10th Barcelona title when he cruised past South Africa’s Kevin Anderson 6-3, 6-4 for a 50th victory in the Spanish city.

“It wasn’t a day where I took a lot of free points because the court was very heavy. But I was serving well, at a good speed and changing directions well,” said Nadal, playing on a court named after him.

“I had the chance to hit my forehand after my serve and take control of the rallies, so I’m very happy with how I played.”

The 20-year-old Korean, who has yet to drop a set this week, is through to his first quarter-final since Houston in April 2016.

Having already earned the biggest victory of his career on Tuesday by defeating France’s world number 23 Richard Gasquet, Sugita scored a new career-best by breaking the Spaniard three times.

“It was my best win. It’s unbelievable,” said 28-year-old Sugita. “This was very important for my life, so I’m really glad about it.”