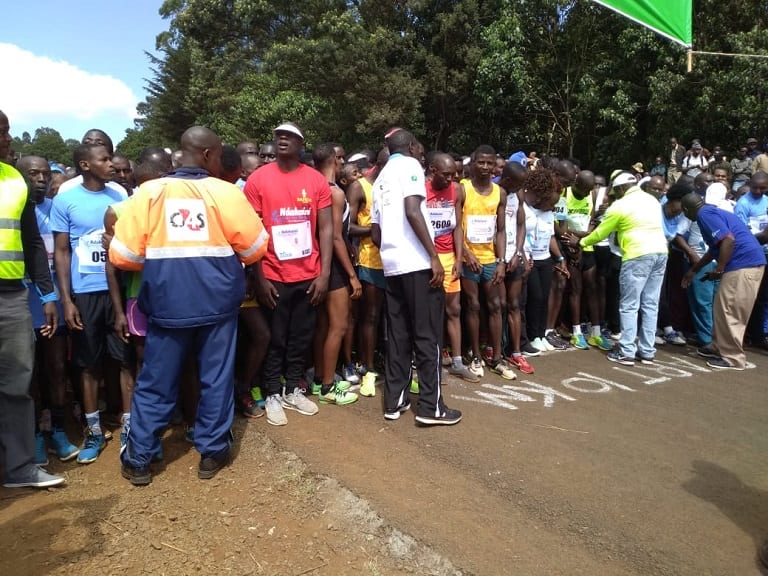 Simon Mwangi and Purity Kalekye won the Ndakaini Half Marathon titles on Saturday with the fifth edition marking the first time elite athletes did not feature at the event held in Muranga County.

Mwangi led from the gun to tape to take the top honors in the men’s competition in 1.12.45 ahead of Josephat Kamau who finished second in 1:14.59 as Silas Ndiwa completed the podium places in 1:15.28.

Kelekye stopped the timer in 1:34.2 to claim the women’s race with Norwegian Marte Sendstad clocking 1:38.42 for second place.

“The race was good. and the weather was really favourable. I had also prepared well and came all the way from Iten where I train just to run here. The only challenge I had was stitches I got during the race but I overcame that,” Mwangi said.

Third time lucky Kalekye, who also trains in Iten, said she felt confident of winning going into the race despite having previously failed to make the podium on two occasions.

Peter Gitau topped the men’s 10km race after timing 31.54 while Julius Maina and Ezekiel Mathai recorded 32.36 and 32.42 for second and third.

The Ndakaini Half marathon, has grown in leaps and bounds since being launched in 2004 under the auspices of the Ndakaini Dam Environmental Conversation Association(NDEKA).

The Half Marathon, whose main objective is to tap new talent in Kenya, has continued to attract many established and upcoming athletes.

Its mission is to support sustainable supply of safe water to the Ndakaini Dam (Supplies over 80 percent of water to Nairobi City) through conservation of the catchment area.