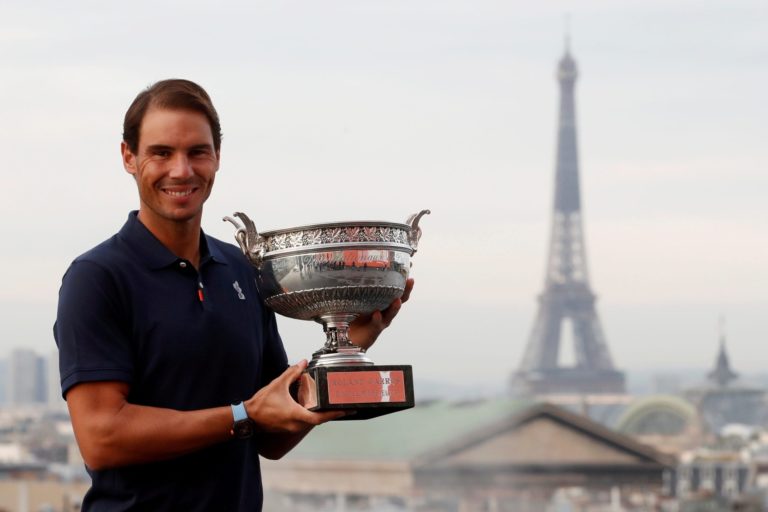 Rafael Nadal won his 10th Italian Open with a 7-5 1-6 6-3 victory over world number one Novak Djokovic in Rome.

Both players dropped serve early on in the first set before Nadal took it after securing the key break at 5-5.

Djokovic dominated the second set but paid for not taking two break points in the fifth game of the decider.

A stunning backhand from Spaniard Nadal saw him break the Serb in the next game before he went on to hold his serve and nerve to close out the match.

“I had a very positive week and I’m very happy,” said 34-year-old Nadal, who will defend his French Open title when the tournament at Roland Garros starts on 30 May.

The match was their 57th meeting and Djokovic, 33, has had his lead in their head-to-head wins tally cut to 29-28.

It proved an enthralling final and, despite Nadal being broken in his first service game, he recovered it as the Serb dropped his serve in the next game.

Nadal was angered by a fall after he slid on the line in the seventh game but recovered his composure to go on and take the first set.

Djokovic drew level with a comprehensive display and quick second set before he had a chance to assert himself in the decider.

However, Nadal saved two break points at 2-2 and, after going 40-0 up in the next game, sealed a crucial break with a backhand down the line before securing victory in two hours and 49 minutes.

Salisbury and Ram, who were beaten finalists at the Australian Open in February, were beaten 6-4 7-6 (7-4) in one hour and 24 minutes.