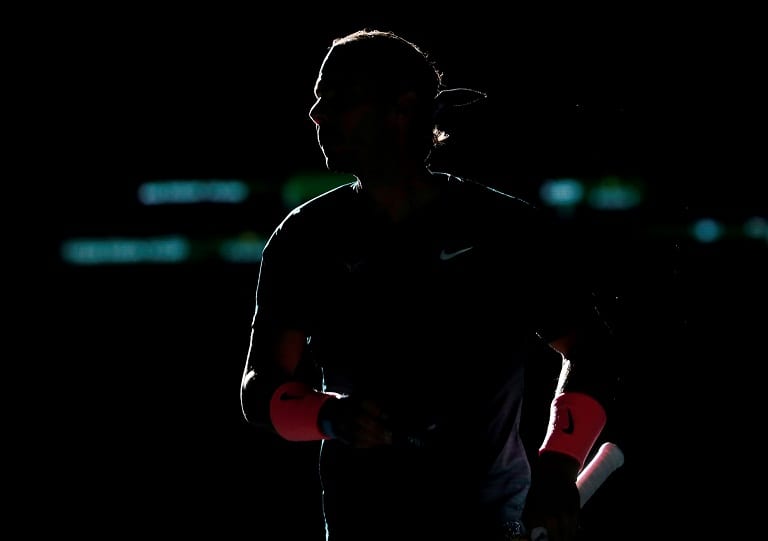 Top seed Rafa Nadal was forced to save a set point before overcoming Australian Jordan Thompson 6-1 7-6(3) on Thursday to reach the Paris Masters quarter-finals.

A day after becoming the fourth player in the Open Era to record 1,000 tour-level wins, Nadal resumed his pursuit of a maiden Paris-Bercy title and broke Thompson’s serve twice to claim the opening set in convincing fashion.

The world number two saved a set point on his serve while trailing 5-6 in the second, winning a 26-shot rally which ended with a backhand error from Thompson.

“He started to serve well in the second set. I missed a couple of returns I shouldn’t have,” Nadal said. “I suffered until the end but I found a way to win the tiebreak.”

Nadal, who has now reached the quarter-finals in all eight appearances at the indoor tournament, will next face fellow Spaniard Pablo Carreno Busta.

Earlier, sixth seed Diego Schwartzman eased past Spanish qualifier Alejandro Davidovich Fokina 6-1 6-1 and is now one victory away from qualifying for the season-ending ATP Finals for the first time in his career.

The Argentine will next face Russia’s Daniil Medvedev, who came back from a set down to beat Australia’s Alex de Minaur 5-7 6-2 6-2 in just under two hours.

“I watched his match and Diego played really well,” Medvedev said of Schwartzman, who has finished runner-up at three ATP tournaments this season.

“I think he made five unforced errors and was returning a lot of balls in the court. He served pretty well and it will be a really tough match, because he has been on fire this year.”